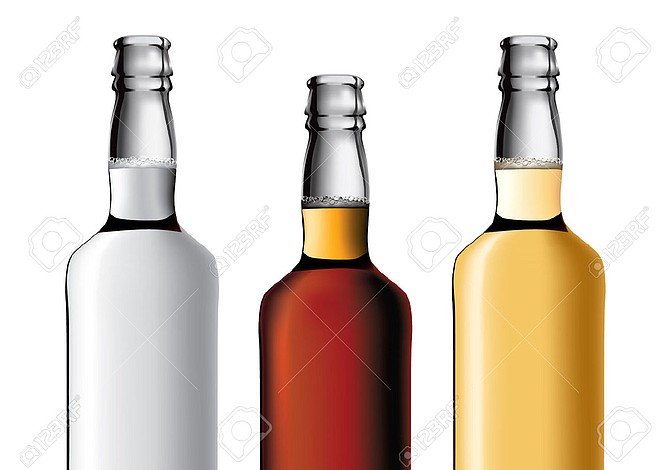 About 1930, my dad and my uncle decided how they could make a little money. My uncle was going to a convention in Chicago in a few weeks. He lived in Minnesota, so Superior (where we lived) was on his way. My dad would make moonshine (whiskey), and my uncle would pick it up when the train stopped near us. So that was the plan.

Now, it was still Prohibition and many people made various types of alcoholic drinks for themselves; however, it was against the law to sell or transport alcohol.

On Tuesday, Uncle called to let Dad know he was coming through on Wednesday, so it was time to bring the bottles of moonshine.

Uncle was coming to town that morning and Dad was going to meet him at the train. But my father had to go to work. He couldn’t take time off, so my mother had to bottle up the moonshine for him.

At that time, she did not drink anything alcoholic. But she went to the basement after she’d laid me down for a nap. She had to siphon the liquid to get it to pour out through the tube. To do that, she had to suck some of the fluid up to the tube for each bottle. That’s what she had to do to make the siphon work.

Soon, Mother fell asleep. She had gotten the job done though. When my dad got home, he took the bottles to the train and gave them to my uncle who tasted and drank some. Seemed fine.

Once on the train, Uncle tasted again…several times, I think. By then, he started treating his friends on the train, and when they got to Chicago, nothing was left…except he had a lot of friends.