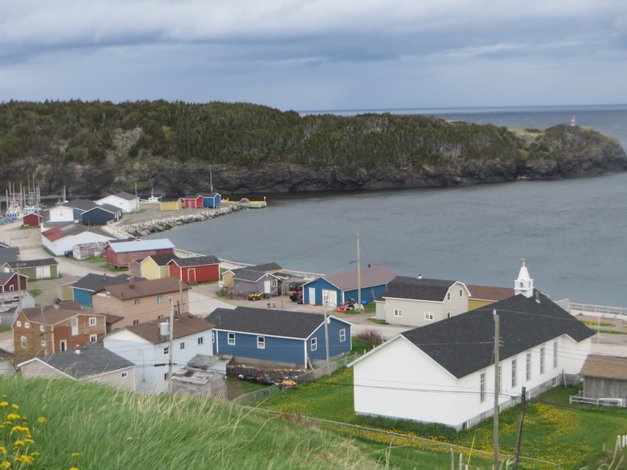 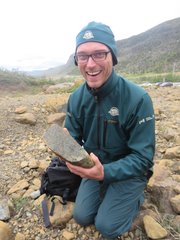 Gros Morne is one of the few places on the planet where the Earth's mantle is revealed. Photo by Deborah Stone

As you hike around this park, you’ll be spanning over 500 million years of Earth history. At the Tablelands, for example, you’ll witness one of the few places where Earth’s mantle is revealed. Take note of the orange weathered rock, as it is from the middle layer of our planet, and is, in many scientists’ opinion, the best and most accessible example of exposed mantle material in the world. In the words of a Canada Parks’ interpreter, “Here’s where you can see the Earth naked.”

Gros Morne is a place of raw beauty that impresses with its array of mountains, forests, lush meadows, barrens and seascapes. There’s much to explore and a good place to start is at the Discovery Center, where staff, exhibits and daily activities will help you get your bearings. The park offers twenty trails leading to panoramic overlooks, sea stacks, waterfalls, coastal bogs and other natural wonders. Within its boundaries are several fishing communities, a marine research center and even an historic lighthouse.

Built in 1897, Lobster Cove Head Lighthouse features interpretive exhibits about the communities of the National Park and how people made their living from the sea for more than 4,000 years. Original artifacts, documents and photos help to make the story come alive. A special wall pays tribute to the lighthouse keepers, while one of the rooms portrays the light keeper’s den as it might have looked in the early part of this century. Short paths through elfin forest take you to several viewpoints over the Gulf of St. Lawrence and a set of stairs winds down to the shore.

For an opportunity to observe marine flora and fauna in this part of Newfoundland, make sure to stop in at Bonne Bay Marine Station. Operated by Memorial University, this world class teaching and research facility is located on scenic Norris Point. A guided tour of the aquarium allows you to discover the unique sea life living in Gros Morne National Park. The touch tank is a highlight, but the blue lobster takes top billing in my opinion.

Captain Tony entertains passengers with music and stories of Newfoundland's past. Photo by Deborah Stone

If you’re still chomping at the bit for more boat tours, rest assured as Newfoundland has them in spades. South of Gros Morne in Humber Valley, at Cox’s Cove, check out True North, which plies the waters within the Bay of Islands. Captain Tony is a font of knowledge when it comes to all things Newfoundland. He will regale you with tales and even sing you some songs, while accompanying himself on the guitar…and steering the boat with his feet at the same time! His wife Joan joins in on the act, too, with stories of her youth and the resettlement era.

Icebergs abound in all shapes and sizes. Photo by Deborah Stone

My favorite boat excursion, however, took place in the coastal waters off St. Anthony, near the northern point of the island. Northland Discovery Tours offers memorable trips through a section of Iceberg Alley, an area known for its bounty of icebergs, whales and seabirds. These frozen giants, each weighing between one and two hundred thousand tons, drift past the shores, making their way entirely at their leisure. They come in all shapes and sizes and as they never stay in one place too long, their presence creates an ever-changing landscape. Northland’s tours, which are fully narrated by an onboard naturalist, bring you within spitting distance of a number of these behemoths. We were told some of them were up to 15,000 years old and that they came from the west coast of Greenland, taking close to two years to make the journey.