Losing sleep over menopause? Talking on the phone can help! 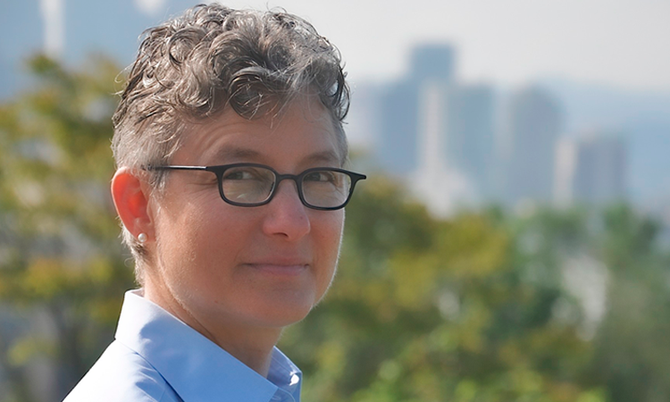 Deborah Diamond was struggling to get a good night’s sleep until she participated in a study led by the University of Washington School of Nursing.

Like many women going through menopause, Deborah Diamond was struggling to get a good night’s sleep. Hot flashes woke her in the middle of the night, and she often struggled to get back to sleep.

“I looked into all kinds of sleep remedies, short of taking hormones or prescription medications,” she said. “I didn’t notice anything different or feel any improvement.”

Diamond finally found relief after participating in a study by the University of Washington School of Nursing and the Fred Hutchinson Cancer Research Center.

The study found chatting on the phone with a sleep coach improved sleep for women going through menopause. Researchers also found phone therapy helped menopausal women better cope with hot flashes and night sweats that often disrupt sleep and daily activity. The study was published in JAMA Internal Medicine and conducted via MsFLASH, a research network established under the National Institutes of Health and funded by the National Institute on Aging.

“Every woman goes through menopause and most women experience hot flashes and problems sleeping at some point during their menopause transition,” said Susan McCurry, research professor in Psychosocial and Community Health at the University of Washington School of Nursing, and the study’s principal investigator. 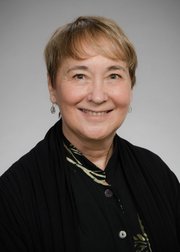 Susan McCurry, research professor in Psychosocial and Community Health at the University of Washington School of Nursing, and the study’s principal investigator.

“It’s important to treat these conditions because poor sleep can lead to daytime fatigue, negative mood and reduced daytime productivity, as well as long-term health consequences like weight gain, diabetes and cardiovascular disease,” she said.

“Many women don’t want to use medications or hormonal therapies to treat their sleep problems because of concerns about side effects,” she said. “That’s why it’s important to have treatment options for them aside from medicine.”

The study involved more than 100 Seattle-area women ages 40 to 65 with moderate insomnia who experienced at least two hot flashes a day. All of the women were asked to keep diaries to record their sleep patterns, and the women rated the quantity, frequency and severity of hot flashes at each assessment point.

The women also participated in six telephone conversations of 30 minutes or less over eight weeks with a sleep and menopause coach. The phone calls were conducted by non-sleep specialists — a social worker and a psychologist — who received a day of training in therapy techniques.

“Since the intervention was delivered by non-sleep specialists over the phone, it could potentially be used in primary and women’s health centers for women who do not have access to sleep medicine specialists or clinics,” McCurry said. “This intervention would be much less expensive to deliver than traditional, in-person therapy.”

Half of the study participants got specific sleep/wake schedules and were given helpful tips to strengthen the association between bed and sleep. They were instructed to create bedtime routines and an environment conducive for sleep, such as turning off electronics at least 30 minutes prior to bed, not drinking caffeine or alcohol after dinner, and keeping their bedroom at a slightly lower temperature. Coaches also taught these participants cognitive strategies to help deal with ruminating thoughts keeping them awake at night.

The women in the study who received specific behavioral instructions and sleep tips experienced significant, long-term sleep improvements. They also reported that their hot flashes interfered less with their daily functioning, even though they didn’t experience changes to hot flash frequency or severity.

“After the ninth or 10th day of the study I was waking up and feeling like I had some really solid and refreshing sleep,” said Diamond, who shared some of the helpful techniques with her sisters and nieces after the study ended. “If you keep to it, it works!”