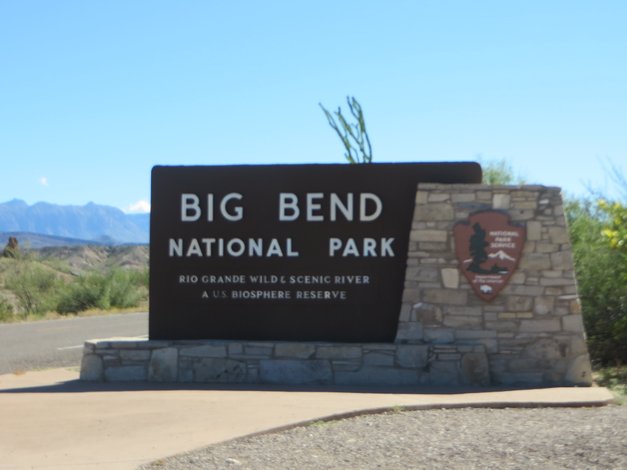 Big Bend is an enchanting land of contrasts. Photo by Deborah Stone

I had no control over my burro. The spirited creature obviously had a mind of his own as he took off at a fast clip, then veered over and attempted to squeeze between two of his friends. At one point my stirrups hooked onto those of another rider’s and we were locked leg to leg. Laughing uncontrollably, we bounced down the road like two Siamese twins linked together, eventually arriving at our destination – the tiny village of Boquillas, Mexico. Easing off my animal in a most ungraceful way, I decided that burro riding did not rank among my favorite means of transportation. 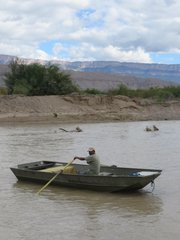 Hop on a rowboat for the shortest border crossing you'll ever make! Photo by Deborah Stone

To get to Boquillas, a border crossing is involved. It’s the shortest journey between two countries you’ll ever make, taking mere minutes. The Boquillas Border Crossing between the U.S. and Mexico reopened in 2013 after a closure of more than a decade. This “pedestrian only” crossing allows visitors to go from a designated area of Big Bend National Park in Texas to Boquillas, Mexico, with the Rio Grande as the border. You’ll need to show your passport before hopping into a rowboat for the river crossing. If you’re lucky, you might get to meet Boquillas’ judge, Jaime Ureste, who also doubles as an oarsman. Once you’re on the other side, burros and horses are waiting to take you the mile into town to your first stop – a nondescript white trailer which serves as the Mexican immigration office.

Jose Falcon is one of two restaurants in the tiny village of Boquillas. Photo by Deborah Stone

Boquillas, population 300 or so, is a humble village where the residents sell a variety of handicrafts and invite you to eat at one of the two restaurants available. To dine with a river view, opt for Jose Falcon, where the margaritas are made with Fresca and you can get a variety of typical Mexican dishes. The locals are eager to be your guide as you walk around the area, pointing out the solar panel station, school, church and the few other sites of note. You’ll find people to be friendly and hospitable, though it’s difficult to ignore the poverty that’s prevalent in this economically-depressed town.

Visiting Boquillas is just one of the many adventures that awaits visitors to Big Bend National Park. Encompassing more than 800,000 acres of rugged mountains, rolling desert expanses and deep river canyons, the park is the king of the state’s national public areas. A land of contrasts, Big Bend contains geological marvels, historic and prehistoric treasures and an amazing diversity of plant and animal life across its range of elevations. Its epic grandeur has created an almost mythic status among those who find their way to this land of enchantment.

Located in far West Texas, the park is nestled in the bend of the Rio Grande River along the Texas-Mexico border. It’s a long way from anywhere, but getting there can be part of the fun. If you’re flying, the closest airport is Midland/Odessa. From there, you’ll have about a 200 mile drive to the park’s east entrance. Along the way, stop in Fort Stockton, if only to see Paisano Pete, one of the most recognizable roadside attractions in the Southwest. The town’s unofficial mascot was erected in 1980 and declared the largest roadrunner in the world at 11 feet tall and 22 feet long. “Pete” has been an enduring symbol of the community since his arrival and is one of the most photographed “birds” in the world.