Longtime Seattleite pays tribute to his mother and father 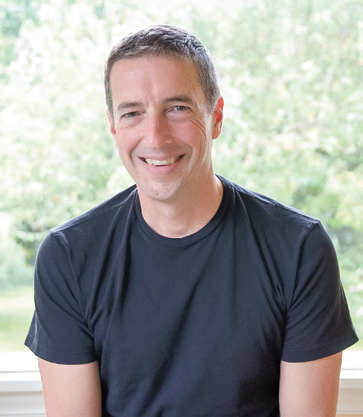 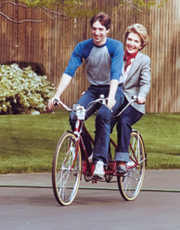 Ron Prescott Reagan spoke movingly of his mother, Nancy Reagan, at her memorial service last month. The son of Nancy and President Ronald Reagan was inspired by his parents’ unfailing devotion to each other during their half-century marriage.

“I don’t think they ever spent a day apart where they didn’t call, speak on the phone,” Ron Reagan said on NBC’s Today show. “He wrote her letters all her life, all his life. They were in love, and they stayed in love for 52 some-odd years.”

Nancy Reagan died in March at the age of 94. She was a fierce protector of President Reagan, and redefined the role of First Lady. She later became a staunch advocate for stem cell research and research on Alzheimer’s disease, a disease that afflicted her husband.

Ron’s tribute to his mother was eloquent and touching. He spoke of both his mother and his father, how they each “possessed great individual talents but as a couple, they were more than the sum of their parts…they complemented one another.” He described Nancy’s fierce loyalty to Ronald Reagan. “If my mother had one great talent, it was to love.”

Ronald and Nancy Reagan with their children, Ron and Patti, outside their Pacific Palisades home, circa 1960. Photo courtesy The Ronald Reagan Presidential Foundation

While many of Ron Reagan’s liberal views were in opposition to those of his more conservative parents, he did feel loved and supported by them. Much of that love is apparent in his New York Times bestselling memoir, My Father at 100, written in 2011 on the anniversary of his father’s centenary. It’s a telling book about the relationship between father and son and is filled with family anecdotes and history. As a young child, Ron describes his father as one of his favorite and most reliable playmates. Shared experiences of horseback rides, swimming matches and throwing the football provide an insider’s look at President Reagan as a father. “His only rule [when it came to playing football] was that he would be the quarterback for both teams. He was scrupulously fair about distributing the ball.”

Ron Reagan described his father as having a fundamental inscrutability, but “someone so naturally sunny, so utterly without guile, so devoid of cynicism or pettiness as to create for himself a whole new category of strangeness.”

Ron Prescott Reagan was born May 20, 1958 and knew his father first as a Hollywood star, one who starred in more than 50 movies. Ron was only nine when the family moved into the Governor’s mansion during his father’s two terms as California’s governor. He was a very young man when his father became President.

In the book, Ron shares what life was like with his famous father, but it contains more than memories. His research included visiting the towns that shaped his father while he was growing up. Altogether, the book illustrates a unique portrait of a young “Dutch” Reagan through the end of his life.

Although Ron and his father had different political outlooks, they didn’t disagree all of the time. “My father was a sterling character in many, many ways. He, of course, became a really powerful person, but I never saw him abuse that power personally,” he said in an interview with The Hill. In the same interview, Ron said he started challenging his father’s political beliefs at a young age. Ron was considered something of a rebel and was expelled from high school for a minor infraction because the administrators felt he was a “bad influence on the other kids.” He later dropped out of Yale after one semester to pursue dance with the prestigious Joffrey Ballet.