Suicide and the lifeline of your spiritual authority 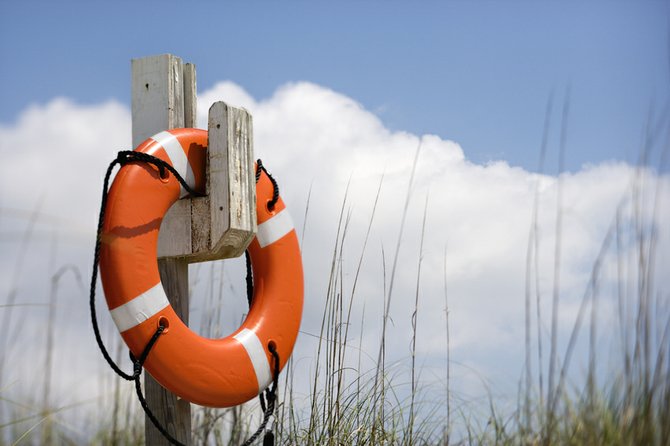 The tragedy of fifteen-year-old Sadie Walker has me thinking about lifelines.

Sadie took her life on Christmas Day last year, according to the Dallas Morning News, and her story suggests that doom and gloom thinking can be contagious.

Sadie had joined an online chat group of teenagers talking about self-harm – a community of silent co-sufferers hidden behind the veil of Internet privacy laws.

She had joined out of compassion, hoping to offer comfort and support to those struggling. Instead, the negative environment consumed her. Sadie quickly became overwhelmed and took her own life.

There are immediate telephone lifelines for those finding themselves drawn into such a downward spiral. Anyone struggling with suicidal thoughts, or who knows someone who is, can do something about it, today. In the United States, call the National Suicide Prevention Lifeline: 1 (800) 273-8255.

In addition, there’s another kind of lifeline that many are finding sustainably practical. It is spirituality. An increasing number of psychologists and physicians are recognizing a connection between spirituality, resiliency, self-control, and health.

It’s clear that all too often unfairness, pain, alienation, and isolation hijack our thoughts. However, research shows that the right kind of spirituality can promote thoughts and acts that are beneficial. It can enable us to face down emptiness and make us mentally stronger. It can bolster health and healing.

At a conference I attended two years ago, one of the conference speakers, Dr. Kenneth Pargament, Professor of Psychology at Bowling Green University, spoke of how spirituality can actually jump-start both the lives of the client and a healthcare provider. Spirituality lessens anxiety and depression, and provides a better quality of life.

In a related summary, Pargament stated, “A religion that is internalized, intrinsically motivated, and built on a belief in a greater meaning in life, a secure relationship with God, and a sense of spiritual connectedness with others has positive implications for well-being.”

In my spiritual practice, I’ve additionally found that understanding the Divine as all-good and all-loving brings a spiritual authority that can put a stop to mesmeric, dark and evil influences.

That’s what happened for David, a friend of mine who told me, “Thoughts of suicide started early with me in my high school years. Our family physician committed suicide, and I suppose it stuck in my thought that suicide was always an option.”

Feelings of lack of worth, not belonging, no purpose or clear direction for his life, swirled together with self-hatred and self-absorption and became overwhelming.

“I could not see beyond those dark feelings. So, at one point, I decided to do the deed. At the time I wasn’t sure what stopped me, but I ended up firing a bullet into the closet instead,” he recalled.

In the midst of his struggles, David turned to psychiatry and psychology for help, attending individual and group therapy sessions. He said, “It was somewhat helpful to be with others, talk about our problems and to feel some support. But for me, it turned out to be not enough.”