A spiritual approach to dealing with adverse drug reactions 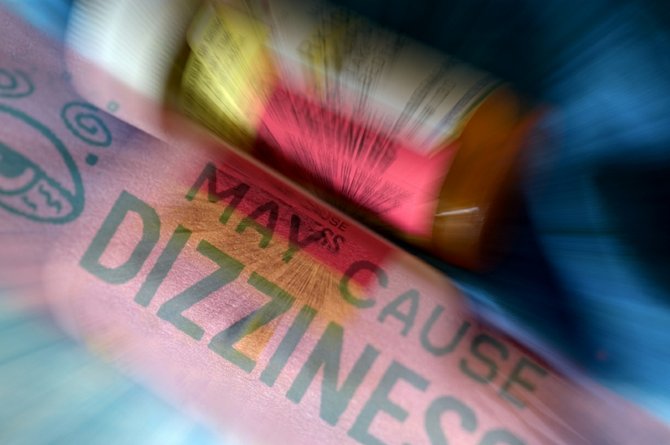 A photographer finds himself waist-deep in a Louisiana bayou. As he reaches down to balance himself on a log, he’s bitten by a large snake that quickly slithers away.

Fearing that his life is in danger, he hops into his 4Runner (the real focus of the ad) and begins driving through the remote wilderness at breakneck speed until he sees a group of fishermen.

“I got bit by a snake,” he exclaims as he stumbles out of his truck.

“It’s not poisonous,” one of the fishermen assures him, speaking in a language the man clearly doesn’t understand – except for the word “poison.”

Fast-forward to this same man sitting around a campfire with some friends. “Apparently I’m immune to venom,” he brags, and the commercial ends.

That’s the funny part. The telling part has to do with what this ad illustrates, albeit unintentionally, about the impact our thoughts can have on our physical well-being.

Obviously this man was never poisoned, so his claim of immunity is completely baseless. But what if the snake really was poisonous, and his trusty Toyota wasn’t able to get him to the emergency room in time? Would simply believing in his own invincibility be enough to save him? That’s doubtful. This isn’t to say, however, that there might not be a more effective and reliable form of mental defense.

Consider, for instance, the story of Freddy Kaganda.

About a year and half ago, someone tried to poison him during a gathering at a neighbor’s house. By the time he came home, he felt tired and began sweating profusely. Later that night, a friend drove him to a nearby hospital where the doctor told him that he had, in fact, been poisoned and that he had to start taking medication right away.

After hearing the news, the first thing that came to mind was this bit of assurance from the Bible: “They shall take up serpents; and if they drink any deadly thing, it shall not hurt them.”

Assuming that “they” included him, Kaganda, a devout Christian Scientist, decided that instead of relying on medication to get better, he would instead do what had worked for him many times before by putting his faith in what this Bible verse implied about the spiritual (read: secure) basis of his health. As he describes it in a published account, “I won against the fear of poison.”

By the next morning, he was doing much better. After three or four days, he was completely well.

But what do stories like this mean for the rest of us?

They could mean plenty. According to the Food and Drug Administration, every year an estimated 2 million of those living in the U.S. are subjected to what are called Adverse Drug Reactions or ADRs – a specific if broadly defined type of poisoning.

Simply imagining that we are immune to these reactions doesn’t make any sense. On the other hand, it’s always a good idea to keep fear at bay and, in so doing, reduce or eliminate such an occurrence in the first place, as was the case with Mr. Kaganda. Such an approach, grounded in a confidence born of experience and success, could and, in fact, has led many to find an effective alternative to drugs.

Given what’s at stake, it would be a shame, if not irresponsible, to dismiss such a proven means of safety and security.