What are your health prospects? 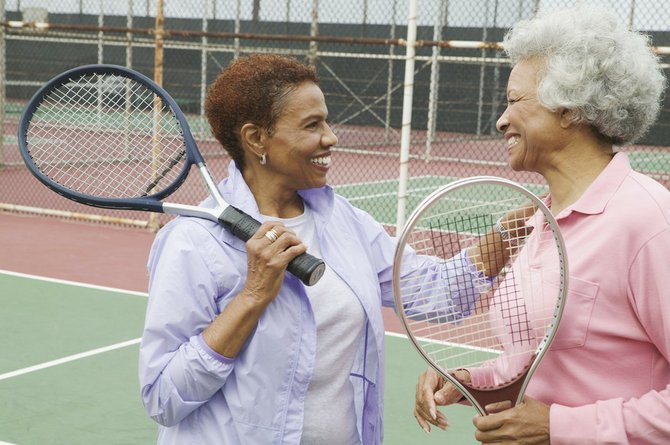 "The only way to keep your health is to eat what you don't want, drink what you don't like, and do what you'd rather not." Mark Twain made that observation years ago when jokingly offering his beliefs on what it takes to stay healthy. Obviously, his expectations for lasting health were not too high.

Today we are treated to a similar message through various sources that a disease-free life is impossible to maintain without the intervention of diets, drugs, exercise routines, therapies, etc. With the constant barrage in media to "do this to be healthy," we are accepting a subtle, but relentless sub-message that illness is inevitable.

What are your health prospects? It is an important question. If living by a "Murphy's Law" philosophy, you are essentially predicting that anything that can go wrong will happen to you at some point in time. Think of it as a self-fulfilling prophecy with a life full of doubt and anxiety.

On the other hand, giving your consent to living a life grounded by spiritual, guiding principles that supersede health uncertainties empowers you to be the expression of health. There is some Biblical authority behind having this kind of outlook. "For I know the thoughts that I think toward you, saith the Lord, thoughts of peace, and not of evil, to give you an expected end."

There cannot be any doubt as to the influence our expectations have in daily living. For example: are you a coffee drinker? A report released by the University of East London suggests that a significant part of the kick we get from caffeinated coffee comes not from the caffeine, but from the expectation of the buzz. The research states, "Both caffeine and expectation of having consumed caffeine improved attention and psychomotor speed." The report points to the mental influence of expectation on the body.

Another example of the influence of our expectations is the placebo. Scientists have long pondered why placebos do what they do, when to the researchers' sensibilities the placebo should have no power to prompt the observed healthful influence. Placebos are just inert matter. They appear to break the rules.

Mary Baker Eddy studied the phenomena of placebos during her lifetime. She documented the healthful effects of "unmedicated pellets" while she researched the origins of health and wellness. She concluded that what she was observing was the powerful impact of one's thought on health.

The rubric for health and healing over the last century has focused squarely on physical causation. Lately a lot more attention has been directed toward mental causality and spiritual influences. Dr. Harold Koenig, Director of the Center for Spirituality, Theology and Health at Duke University has studied the links between health and spirituality for over 30 years. He has cataloged thousands of quantitative studies that confirm the positive connection.

Countermanding the unhealthy possibilities we are treated to day-in and day-out goes a long way in promoting our welfare. Healthy expectations can have a positive influence in life and promote healthy outcomes in each of us. Expectations are powerful. As it is explained in Proverbs, "For as he thinketh in his heart, so is he."