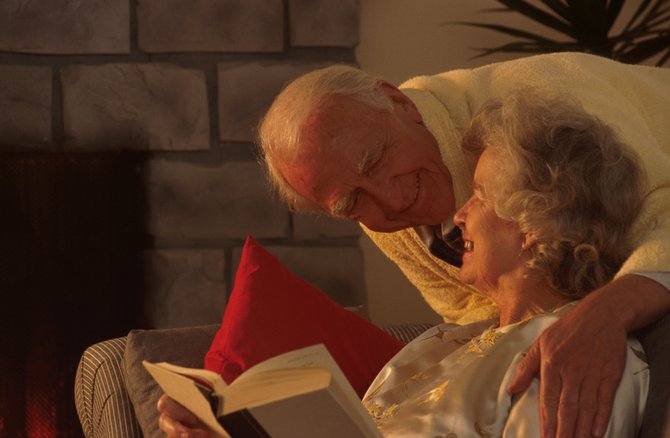 Naomi Feil begins by caressing the face of her patient as a mother would her child – wiping away a tear, letting her know she’s not alone. Then she begins to sing quietly:

“Jesus loves me, this I know / For the Bible tells me so.”

Without missing a beat, Gladys, an elderly woman diagnosed with Alzheimer’s who is virtually non-verbal, begins tapping her hand against the arm of her chair in perfect rhythm with the song. As the intensity of her tapping increases, Feil responds by increasing the intensity of her singing.

But it gets even better, as Feil starts in on the second verse of another gospel tune:

“He’s got the mothers and the fathers,” she sings, to which Gladys responds softly, “in his hands.” The two continue, back and forth, until finally they both sing in unison, “He’s got the whole world in his hands.”

A connection has been made, a void has been filled and Gladys, perhaps recognizing that she’s no longer trapped inside an aging mind and body, is again using her voice to communicate with others.

This is just one of many similar scenes that play out in “There Is a Bridge,” a 2007 PBS documentary that according to its producers, “challenges conventional notions of people with Alzheimer's as ‘unreachable.’”

Depending on your perspective, it might appear that the key to Feil’s breakthrough was the gentleness of her touch, the tone of her voice, the character of the music or all of the above. Could it be, though, that the healing brought about in this brief yet lively exchange had less to do with what Feil said or did – as important as these may be – than what she chose to see and encourage to be expressed in her friend?

“If you’re all alone, then you feel worthless deep down inside,” says Feil in the film. “But if someone enters into your world and you look at them and you communicate with them, there’s a wholeness that comes about, there is a relief, there’s a feeling, ‘I am wanted, I am needed, I am complete.’”

The tendency to dismiss one’s thought as merely ancillary to one’s actions in the healing work goes back at least two millennia, leading many to believe, for instance, that it was what Jesus said or the way he used his hands that enabled him to reverse so many troubling physical and mental conditions, including dementia. But if this were the case, all we’d have to do is say and do the same things to achieve the same results.

Clearly Jesus saw things from a different angle. Just as Feil endeavors to see her patients, not as mere shells of themselves, but as inherently complete, his inclination was to deny the supposedly undeniable and accept what we can only assume was a more divinely inspired perspective.

“Jesus beheld in Science the perfect man, who appeared to him where sinning mortal man appears to mortals,” wrote modern-day Christian healer Mary Baker Eddy, using the word “Science” to denote what she understood to be spiritual laws of God governing one and all. “In this perfect man the Saviour saw God’s own likeness, and this correct view of man healed the sick.”

Even if our own efforts in this regard appear at first to be more modest, we cannot limit their healing effect. And we should at least be willing to see in others – in everyone, regardless of their mental or physical condition – the same wholeness that people like Naomi Feil are seeing and proving can make a huge difference in people’s lives, helping them to understand that they are indeed wanted, needed and complete.