First impressions: a roadmap or a roadblock? 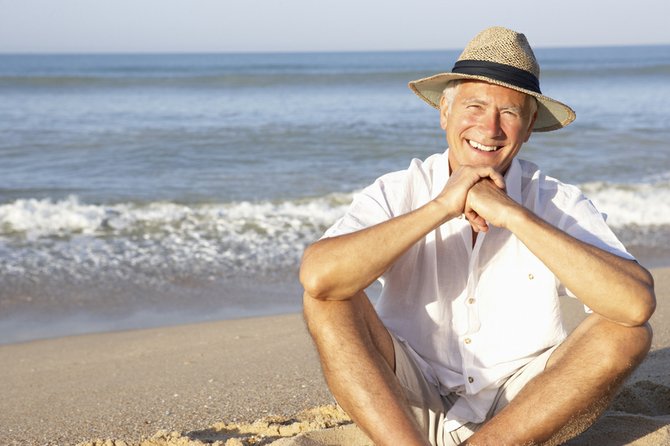 Advertising and marketing companies are trying to figure out how to deal with me, or should I say with my demographic. I’m one of the 76-million baby boomers populating the U.S. which, for some, translates to the “older” generation. Retailers politely ask if I qualify for their senior discount. Now I’ve had another label fastened on me for the sake of marketing conformity -- I’m part of the “silver economy.”(I guess that beats a gray economy). Anyway, that’s their impression of me.

I don’t see this as a marketing issue or a communication issue as much as I see it as an issue about realism. I don’t want initial impressions or labels based on appearances, background, or age, to mask from anyone’s view (including my own) who I really am.

Musician Carlos Santana recently spoke to National Public Radio’s Michel Martin about his background, his upbringing, and about his life today. He grew up in a poor neighborhood in Tijuana, Mexico. He was an angry teenager in high school and ended up in the principal’s office many times.

Not a great start. But all that’s behind him now.

“I’m a good man,” Santana told the interviewer. “I’m not what happened to me. I am still with purity and innocence. No one can take that away from me.”

He gives plenty of credit for this “good man” to his mother. “I think she probably prayed for me more than anyone to keep me from getting lost.” He dedicated his recent memoir to her “because she deserves to know her prayers worked.” Obviously she had an exceedingly good impression of her son, even if he or others did not.

That’s worth thinking about. If limiting labels, bleak stereotypes, or discouraging first impressions become the thought-model we blindly adopt as our own – defining who we are and influencing who we will be – then we need better models.

There are better models, redeeming ideals, and they deserve to be discerned and emulated.

The deep impact of this was explored by author Mary Baker Eddy. She saw the redemptive effect that the best thought-models can have on many people’s lives. She also warned of the fallout from being transfixed by its imperfect opposite. In her book Science and Health she told readers: “Do you not hear from all mankind of the imperfect model? The world is holding it before your gaze continually. The result is that you are liable to follow those lower patterns, limit your life-work, and adopt into your experience the angular outline and deformity of matter models.”

Such a dispiriting concept of who we are acts as a mental roadblock. It would keep us from seeing extraordinary possibilities and empowering a full, healthy, productive life. “To remedy this,” Eddy continued, “we must first turn our gaze in the right direction, and then walk that way. We must form perfect models in thought and look at them continually, or we shall never carve them out in grand and noble lives.”

I’ve found that to be a good roadmap to stick with.