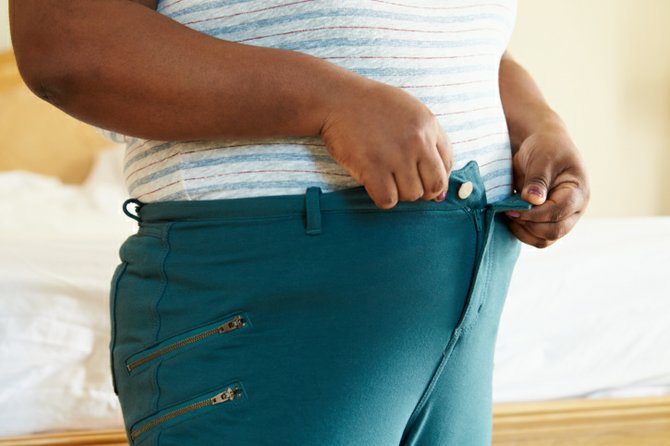 If you carry excess weight, you’re more likely to have health problems. But even if your weight is in the normal range, your risk of death is still higher if your waist is wide, according to a new study.

Excess belly fat has been tied to medical troubles before. But it hadn’t been entirely clear if extra weight, rather than waist size, was the main culprit.

To take a closer look, NIH researchers studied a large group of people. They looked at weight, height and waist measurements from almost 155,000 men and over 90,000 women who were 51–72 years old at the beginning of the study.

During the 9-year study, the scientists found that people with the largest waist measurements had a significantly greater risk of dying than those with smaller waists. This was true whether or not the people were smokers or had a long-term illness, and regardless of their ethnic or racial groups.

The researchers were also able to tease apart the effects of weight vs. waist size. When they looked at people who had normal weights for their heights, those with large waist measurements—40 inches or more for men; 35 inches or more for women—had about a 20% greater risk of dying than those whose waists were in the normal-size range.

“People not only should look at their weight but also consider their waist,” said lead researcher Dr. Annemarie Koster of NIH’s National Institute on Aging. If you have a large waist, health experts recommend that you talk to your doctor about losing weight and increasing your physical activity.