Spirituality and prisoners of war: the ultimate freedom on Veterans day 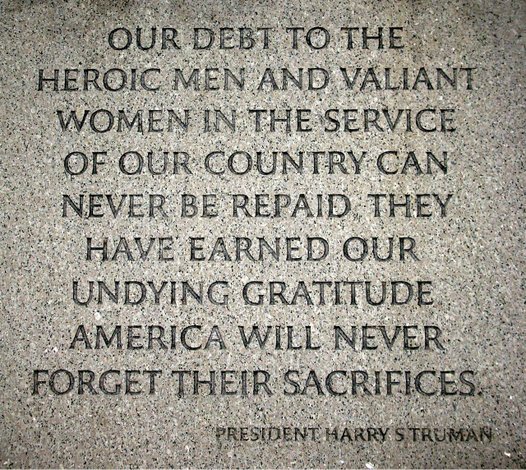 It was near dusk when I read the granite-carved inscription about those who served in the Pacific and wished my Uncle Wally could have been there with me. Quietly remembering what he told me about his imprisonment brought tears to my eyes. I’ll never forget the WWII veteran I met there that day and the heartfelt embrace we shared as I thanked him for his service. Uncle Wally would have appreciated the National WWII Memorial. He wanted their sacrifice to be remembered.

What he and the other prisoners of war endured was unspeakable and although my uncle was stricken with multiple diseases for over three years, he survived. He mentally never stopped fighting. His determined expectation that he would get through this along with an undaunted sense of humor highlights how important our thoughts can be. A book I found called “The Ultimate Freedom” describes the potential of how our thinking impacts our experience in greater detail.

Author John Wyndham also spent years as a Japanese prisoner of war and credits his spiritual approach to his survival. As he’d learned from his practice as a Christian Scientist, Wyndham quickly turned to God when he was captured and put under immediate threat of execution. He responded by refusing to become fearful, resentful or to hate his captors. In his book he writes,

“Oh, yes, my mental struggles were at times severe, especially when I let the grimness of my empty cell, the barred window, and the occasional sounds of wailing impress themselves on me. Nevertheless, it was daily becoming more apparent to me that my real life was not in, or dependent on a physical body, nor at the mercy of adverse or cruel circumstances…I glimpsed the truth of the Biblical statement, ‘In him (that is, in God) we live, and move, and have our being’ (Acts 17:28).”

Wyndham’s uplifted thought and trust in the Divine not only freed him from the terror surrounding him, it kept him healthy and safe. Like my uncle, he lost considerable weight from lack of food, but he never became diseased, sick or hateful during his imprisonment. As he focused his thought on seeing God’s goodness in his life, more good became apparent including expressions of kindness and respect from his captors.

After the war, Wyndham went on to work at the United Nations before devoting his full-time to healing others as a Christian Science practitioner. He summed up his thoughts on ending war with this statement,“Over the ages, human efforts to bring peace to mankind have proved inadequate. Spiritualization of thought is mankind’s only path to peace.”