Driving in the Dark: Tips and tricks for navigating at night 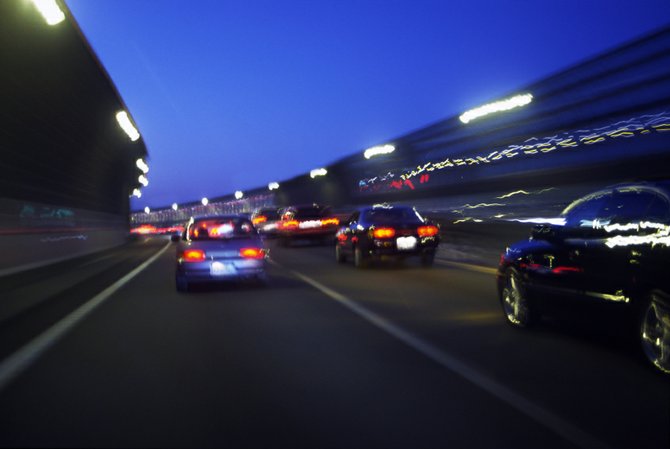 (Family Features) Although a lack of confidence while driving at night is most commonly associated with older drivers, new survey results reveal that drivers as young as 40 feel uncomfortable driving in dark, nighttime conditions. This time of year, when darkness falls earlier, means more low-light driving time for drivers of all ages, so it’s important to understand the factors that contribute to this discomfort, including one surprising culprit — your nutritional intake.

Night driving is characterized by low-light conditions and glare from oncoming headlights that impact a driver’s vision and can have serious safety implications. The AAA Foundation for Traffic Safety reports that vision provides as much as 85 percent of the information drivers need to make safe decisions behind the wheel.

Results from a survey conducted by Toluna and EyePromise reinforce the importance of quality vision: with nearly one in four respondents reporting that if they could see better they would feel safer driving at night.

A problem with real consequences

Concerns about safe driving at night and in low-light conditions are valid. According to the National Safety Council, traffic death rates are three times greater driving at night versus day. However, for many people, driving at night is not a choice. In the survey, one in five respondents said that, despite feeling anxious, they continue to drive at night out of necessity.

Protect yourself behind the wheel

The first step toward night driving safety is being aware of the issues that may disrupt a driver’s confidence behind the wheel. The vision issues related to night driving can be organized into three categories: low-light conditions, which affect contrast and the ability to gauge distance; glare, which may cause a period of blind driving; and reaction time, which is reduced when visibility is hampered.

You can also enhance your safety behind the wheel by adopting smart driving behaviors such as driving slower at night and watching the white line on the road. The National Safety Council recommends drivers clean their headlights, taillights, signal lights and windows (inside and out) at least once a week.

Research reveals there is an additional solution proven to directly address the major night driving vision concerns: protecting your vision quality at its source.

Scientific studies show that nutrition has a significant impact on visual performance, specifically the nutrients zeaxanthin and lutein. Zeaxanthin and lutein are carotenoids that make up the macular pigment — the area of the eye responsible for protecting vision.

Trace amounts can be found in foods like leafy greens, corn, eggs, and red, orange and yellow peppers, but because it is difficult to get enough in the average American diet, optometrists recommend a nutritional supplement. EyePromise vizual EDGE is a once-daily softgel that features high levels of dietary zeaxanthin and is guaranteed to improve vision quality within three months.

“It has been scientifically proven that high levels of dietary zeaxanthin taken in supplement form improve night driving visual performance,” said Dr. Dennis Gierhart, a foremost researcher on dietary zeaxanthin and founder of ZeaVision, one of the leading companies in ocular nutrition.