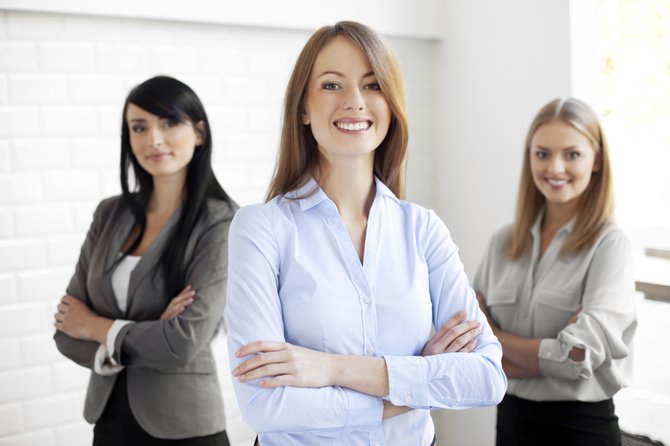 My grandmother refused to share the heart-wrenching details until I was in the Marine Corps. I’d heard bits and pieces about my ne’er-do-well father but didn’t fully grasp the devastation he’d left behind until Grandmother spilled the story with tears in her eyes:

Your father never worked. After you were born he stole all the money in the house, vanished, and was never seen again. Fortunately your mother had gone back to work earning $8 per week.

However, one of the worst parts was: the store repossessed your baby carriage because your father stole the money your mother had saved to pay it off.

This was 1940, and Mom didn’t have the career options women have today. We lived with Grandmother and two unmarried aunts (both born before 1900), and together they raised me. Grandmother assumed the traditional mother role, while my mom and aunts worked so we could all survive.

While Mom eventually remarried, for 16 of the 18 years I lived at home, it was just four women and me. I wouldn’t bond with my stepfather—a true stand-up guy—until years later.

You’d think the importance of women’s financial independence would be a no-brainer for me. But, as my ex-wife and oldest daughter, Dawn, would say, “You meant well, but you were a slow learner.”

When Dawn was close to age 30, she was a vice president at a major bank and managed 200 employees. The women’s movement had blossomed by then, and more and more women were popping up in the sales training courses I taught at the time. When Dawn and I talked this over she made it clear that what I’d learned about women, work, and money from the formidable ladies who raised me was obsolete. She ended our conversation with, “Dad, you just don’t get it.”

Years later I asked Dawn if I finally “got it.” She grinned and said, “You’re doing better!” I never had the courage to ask again.

Two of the most important people in my life are my wife Jo and my ex-wife, Sonja—two wonderful ladies. Sonja and I married as teenagers and stayed together for 26 years raising three children. Sad to say, we spent the last ten years of our marriage seeing counselors, trying our best to make it work. During a particularly difficult session, Sonja unloaded on me about all the things she was unhappy with. She came at me with both barrels.

Afterward I felt terrible that I’d unwittingly done so many things that hurt her and never knew it. Finally I asked, “My gosh, if you felt that way, why didn’t you just leave?”

She looked at me, astonished, like I had just asked the dumbest question on Earth. “I was married with three small children, hadn’t worked in almost ten years, and my parents and grandparents were dead. I was trapped. I had no place to go!” I was shocked, devastated, and speechless.

Ultimately, we designed our own divorce agreement, took it to an attorney, and said, “Make it legal.” In her late 40s then, Sonja immediately started college and forged her own path. She had volunteered at the library when our children were small and loved it. She earned her degree in library sciences and worked at the library until she retired. We are still friends and want the best for each other.

The counselors convinced me that the best marriages are between two independent adults. You stay together because you want the marriage to work, not because you have to. Jo and I are living proof: we’ve been married—in an equal partnership—for 26 happy years and counting. Our families blended; Sonja and Jo share common hobbies and are now good friends to boot!

When Jo and I were married, her father was in the last stages of Parkinson’s disease. He passed away less than three months later and suddenly her mother gave me—her new son-in-law—power of attorney over all of her finances. While I was the most qualified to handle the job, it was an emotional drain.

Jo and I cut a deal. I would take the job, but she would learn as much as she could so that when I passed away she would never have to rely on a son-in-law (no matter how loved) or anyone else. Jo kept her promise; she’ll never be financially vulnerable like her mother.

Many of our friends are widows and widowers; some lost a spouse who handled most of the money. It’s hard enough to lose your long-term partner; compounding that pain with confusion about how to protect your nest egg creates a double devastation. Even those with well-intentioned adult children cannot always rely on those children’s questionable financial skills. Suffice it to say, I spend a lot of time bringing curious but inexperienced investors like these up to speed.

In that spirit, I’ll leave you with an important tool for your financial toolbox—a tool I wish my own mother and first wife had had.

To be truly financially independent, you need some of your own money. I’m not recommending spouses keep all of their finances separate. Truth be told, I’m more in the “go all in or don’t bother” marriage camp. Real life, however, is full of unknowns and preparing for those unknowns is a critical part of money management.

My mother had to fend for herself and an infant son without a college degree or much earning potential. She was a product of her time. Today, women are 33% more likely than men to have earned a college degree by age 27. When I talk to successful career women now they share a common story: their parents drummed the importance of higher education and financial independence into their heads. As a great-grandparent, I’ve been beating that drum for several generations.

Some pundits recommend women (and men) hold separate assets equal to at least 3-6 months’ living expenses, and I encourage new spouses to consider holding on to this sort of safety net. Be upfront with your spouse about it and encourage him or her to do the same.

In the best marriages, these emergency funds foster equality and respect for the other’s independence. In less ideal circumstances, they give each spouse a personal life vest should the unexpected occur. In short, it helps ensure that both spouses stay because they want to, not because they have to.

As life unfolds and spouses grow together, perhaps the most important thing women can do is to continue their financial educations. At 74, the widow’s club among my peers is growing much faster than the widower’s club, and older women with plenty of money are finding themselves vulnerable; they don’t have the skills and/or confidence to protect their hard-earned nest eggs, and that’s a damn shame.

One widowed friend told Jo how “the nice young man” at her brokerage firm found bonds paying almost 6% and she bought them. I looked them up, and they were very low-rated bonds with a reasonable chance of default. Now, buying junk bonds may be just fine—if they don’t default. If they do, you can lose a ton of money. A fund holding several well-diversified bonds would have been a better choice for our friend, but she didn’t know that. Ultimately the bonds did pay off, but she acted on terrible advice, particularly for a retiree.

Knowing enough so you don’t rely on bad advice from a “nice young man” or well-intentioned but clueless family or friends is important at every age. Sad to say, these poor decisions often come down to “I didn’t know what else to do.”

I commend you for taking a different road. There’s a mess of conflicting financial information on the Internet, in books, and on television, making it difficult to decipher the best ways to grow and protect your money. Miller’s Money Weekly is an education-driven, free weekly e-letter tailored for conservative investors. To receive unique financial news and insights every Thursday and to learn how to cut through the advice noise, click here to sign up today.