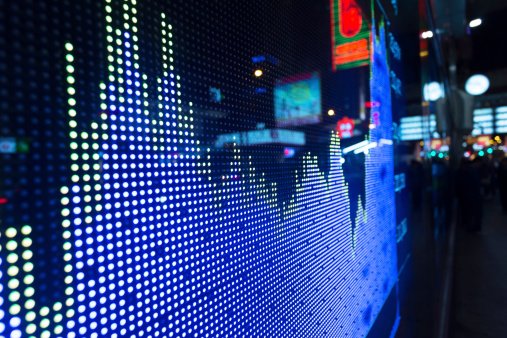 Retail giant Bed Bath & Beyond just announced plans to buy back another $2 billion in shares, which the company will start doing after it completes its current share repurchase program. You’ve seen it before: Press releases emphasize that buybacks return value to shareholders, analysts sometimes rely on repurchases to spot a stock to write up next, and management likes to tout their focus on shareholder returns. But what’s the real story? Why would a company buy its own shares?

There are but a few situations when returning cash to shareholders instead of paying dividends or investing in new projects is prudent:

-The company has largely exhausted investment opportunities that would generate a positive net present value (NPV);

-The stock is trading below its intrinsic value; or

-The tax on dividends is so high compared to the capital gains tax that it makes sense to boost the share price and let shareholders enjoy the extra return instead of receiving heavily taxed dividends.

When these situations happen we support repurchases. In the reality, however, managers often have their own reasons to buy back shares; let’s look at the more popular ones.

Second, higher share price increases the value of a company’s options. Managers are often shareholders, too, but unlike you and me, they have direct access to the Treasury. When managers own a lot of their own company’s stock, they may have too much skin in the game. This may skew their preferences toward increasing the share price at the expense of long-term business growth.

Third, share buybacks became a standard (and often abused) signal to the market that: a) the company’s stock is undervalued, and b) that management takes care of the shareholders. Both of these statements may be correct in isolation, based on the company’s fundamentals and management practices. Nonetheless, a buyback should not convince you that either is true.

One additional reason is often overlooked. Many a CEO has been fired for an acquisition that did not work out. When the decision is made to dump the acquisition, it is accompanied by a write-off against earnings, sometimes worth billions of dollars. Wall Street armchair quarterbacks are quick to point out how much better off shareholders would have been if they had just paid out what they lost in dividends. Buying back company shares, with all the accompanied hoopla, is less likely to be a career-threatening move.

Linking the two subjects together makes for nice copy; however, keep it in perspective. For example, a technology company that realizes their product line is becoming obsolete will often make acquisitions to increase their product line market share, or move them into a new business with long-term potential. Buying back company stock, then having to go into the market and borrow at high interest rates, might be the exact wrong move. The key is making the right acquisitions for the company to continue to grow and pay dividends for the next generation.

In fact, managers have proven to be pretty bad stock pickers even when they have only one stock to pick. As my colleague Chris Wood showed in A Look at Stock Buybacks, managements have bought shares of their own companies at pretty bad times in the past. Moreover, the expectations of higher valuation based on higher EPS did not always materialize. Even though a lot of investors use P/E as their main gauge of value (which they shouldn’t), there is no convincing evidence that buybacks can support high valuation multiples in the long term.

History has shown that the only value-creating buybacks were the ones carried out when stocks were deeply undervalued. In those instances, the repurchases helped companies outperform the market. But overall the optimism and confidence-inducing press releases that accompany buybacks should be taken with a huge grain of salt.

As a rule of thumb, beware of increased buybacks when the market is on the rise (everybody is an investment guru when everything is going up) or when management compensation is closely tied to the share price performance or earnings-based metrics. Companies with better corporate governance may fare better when it comes to managing conflicts of interest, but there is a significant vested interest there that investors should be aware of. Don’t mistake noise for a sign is all.

When it comes to returning value to shareholders, we appreciate companies that invest in long-term projects—or pay dividends. Despite the potential tax implications, the yield-strapped investors may be better served with a special dividend these days than with a promise of a better price in the future.

Learn more ways to cut through press rhetoric by signing up for our free weekly e-letter, Miller’s Money Weekly, where my colleagues and I share timely financial insight tailored for seniors and conservative investors alike. Sign up here, and we’ll send a complimentary copy straight to your inbox every Thursday.