Kill Peter Pan: How to Make “Home” Unwelcoming In a World Where 26 Equals 18 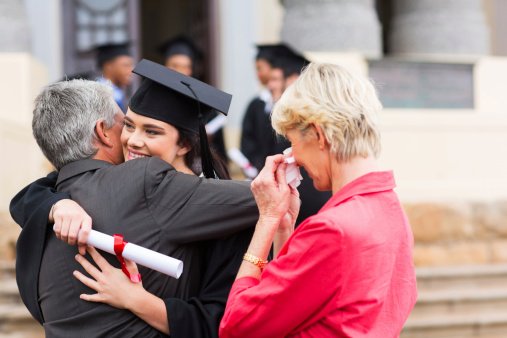 My youngest son, who is now in his 50s, asked me what it felt like when all the children left the nest. I thought for a moment and said:

For my entire adult life, I’d driven a boat down a clearly marked narrow channel. I had to stay between the markers in order to provide for my family. Then, when you and your siblings left, I came to a vast ocean with no markers and no land in sight. It was exciting and overwhelming; I had all these options, and I wasn’t sure what to do. But it sure was nice my money was finally freed up to make that last push toward retirement.

He told me that was exactly how he felt after graduating college—minus that bit about retirement: flat broke with no real job on the horizon.

He had the option of living with us in Florida or moving to Atlanta, where he’d gone to high school and most of his friends lived. He did not ask for, nor did we give him any financial support—and he opted for Atlanta. He lived with a high-school friend and worked in a restaurant until, several months later, he got his first and only “real job.” He’s been with the same employer for over 25 years and is doing just fine.

Nothing can screw up retirement plans like supporting adult children after you’ve shelled out tens of thousands of dollars in college tuition, shuttled them back and forth for Thanksgiving and Christmas breaks, and maybe purchased a new computer for all that research and writing they did (or maybe didn’t) do over four-plus years. And yet some 85% of parents plan to provide some sort of post-graduation financial assistance.

So, what has changed since my son graduated a few decades ago? Sure, new graduates are entering a much more difficult job market than he did, and even those who do secure jobs are unlikely to have the job stability he’s enjoyed. But a difficult job market is only part of the story. Social norms have shifted so that accepting help from Mom and Dad well into your 20s is “OK.”

Since the 1960s psychologists have used Erik Erikson’s eight stages of psychosocial development to chart personal growth from birth to death. In the paper How 18 Became 26: The Changing Concept of Adulthood, Eileen and Jon Gallo note that in the late 1980s, young people began transitioning from Erikson’s fifth stage, adolescence, to his sixth stage, young adulthood—where a person’s main job is to find intimacy, usually through marriage and friendship, and to become self-supporting—nearly a decade after they reached legal adult status. Psychologists call this trend “emerging adulthood.”

As Gallo and Gallo mention, for a certain socioeconomic set, growing up and moving out—permanently—means downgrading your lifestyle. The authors quote sociologists Allan Schnaiberg and Sheldon Goldenberg as stating:

The supportive environment of a middle-class professional family makes movement toward independent adulthood relatively less attractive than maintenance of the [extended adolescence] status quo. Many of the social gains of adult roles can be achieved with higher benefits and generally lower costs by sharing parental resources rather than by moving out on one’s own!

The War Factor and “Kennedy Fathers”

I came of age between the Korean and Vietnam Wars, when society’s message was crystal clear: when a young man graduates from high school, he either enrolls in college or joins the military. Any young man who didn’t go straight to college felt serious pressure to enlist because Uncle Sam would likely draft him anyway—better to just get it over with. However it happened, the bond between a young man and his childhood home was broken, swiftly and completely.

By the time my peers were 22 or so—graduating from college or leaving the military—they didn’t even consider returning “home” an option. And although it’s not something I’d encourage today, most women of my generation married and started families soon after high school or college.

Draft deferment was another reason to marry and have kids. Beginning in 1948, various executive orders altered the precise rules on Class III-A paternity deferments, and in 1963 President Kennedy broadened the scope of who could qualify, giving young men another incentive to have children pronto. Enter the “Kennedy father.”

By the time my son graduated from high school, a much larger percentage of his classmates went to college. Still, post college, society’s expectations remained clear: stand on your own and build your own life.

Making Sure Your Young Adult Emerges on Time

So, what can parents do today to make “home” a lot less welcoming and complete financial independence look like the brass ring it should be? Turns out, quite a bit.

#1—Be honest with yourself. Ask yourself: is my financial assistance helping or hindering my child’s emotional and financial growth? Well-meaning, soft-hearted parents can do a lot of harm without realizing it. Who wouldn’t enjoy having most all the privileges of adulthood without the responsibilities?

I get it, folks. Most parents don’t want their children to struggle like they may have as young adults. But balancing that pull with the understanding that those struggles—and successes—is critical if your child is to emerge an independent adult with a solid self-image.

#2—Set realistic expectations early. Clarifying what you expect of your children financially sooner rather than later helps you and your kids. They need to know when you’re cutting the cord so they can prepare (hopefully with your guidance) well in advance. Whether you expect them to handle their own finances step by step or all at once, at 18 or 22, after high school or after graduate school, spell it out.

Moreover, make sure those expectations jive with your retirement plans. If your youngest child won’t graduate from high school until you’re 63, be honest with everyone about how much you can contribute to higher education.

#3—Mom and Dad must be on the same page. One parent slipping the son or daughter money while the other fumes does little for a marriage or the emotional and financial well-being of the child.

Some years ago a friend of ours was really struggling with her 23-year-old son. After counseling, the soft-hearted parent realized the damage she was doing and sent her son packing. 25 years later, both parents and their son say it was a major milestone in their lives. He finally got a good job, became very responsible, and has raised two wonderful children. Now he’s actually thankful for the day both Mom and Dad said, “Enough is enough.”

Most parents understand what the right thing to do is; however, it can be difficult. That said, making the same accommodations for your child over and over will only produce the same result.

#4—Be a parent and a coach. Offer emotional support and financial mentoring. Saying “no” to financial assistance does not mean you can’t help with budgeting, résumé writing, professional networking, interview preparation—heck, whatever it takes! If you’re lucky enough to have a 20-something kid who will actually talk you about this stuff, jump on each and every opportunity to teach and listen.

The job market may be tough for new graduates, but forcing your child to navigate it anyway might just be the best way to help.

When Your Bedroom Isn’t Yours Anymore

Within months of my oldest daughter, Dawn, marrying and moving out of our house, one of my son’s high-school teammates, Mark, moved in for his senior year of high school. Mark’s parents had been transferred out of town, and he wanted to finish high school where he’d started. We offered to put him up for the year.

When Dawn came over and saw how we’d transformed her feminine bedroom into Mark’s room, she started to cry. That was her bedroom!

Her mother and I looked at each other, and Mom said, “Now it’s Mark’s room. Your bedroom is in your own home.” It was a very special moment. I found it quite amusing how quickly Dawn turned her own daughter’s bedroom into an office when she moved out.

Retiring rich is hard enough without paying for your child’s extended adolescence. Anyone in or planning for retirement today faces an unprecedented set of hurdles: from stubbornly low interest rates, to vulnerable pensions and an unstable Social Security system, to frightening and confusing changes in our healthcare system. That’s why every Thursday I share cutting-edge solutions to these challenges in my free weekly e-letter, Miller’s Money Weekly. Sign up here and start receiving your free copy of Miller’s Money Weekly now.