Are you getting too much health care? 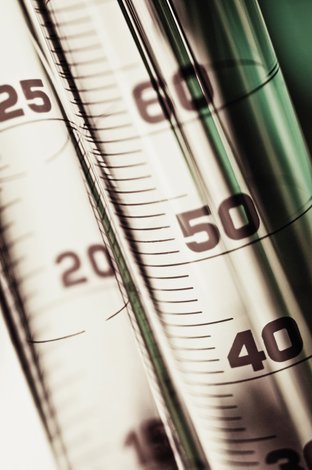 Is it possible that the real health problem in America isn’t so much the lack of access to quality care as it is too much access?

According to a recent article in The Atlantic, this may very well be the case, at least for some of us. But it’s also possible that as we begin to unpack this largely unacknowledged problem, we’ll discover some compelling and truly health-inducing solutions.

In 2011, a team of physicians headed by Brenda Sirovich, a research associate at the VA Medical Center in Vermont, published a survey in which 42 percent of American primary care physicians said that their patients were getting more care than necessary. While that may sound odd – after all, how can more of a good thing be bad? – Sirovich points out that all health procedures include potential upsides and downsides.

“Any time you have an intervention for a patient, no matter how small,” she’s quoted as saying, “there is also the chance that it’s going to do some harm.”

The reasons for such overreach are numerous and well documented: Physicians who want to be sure they are providing the best care possible for their patients; the fear of legal challenges from those who feel their doctors did not do or are not doing enough; patients who are being urged to have treatment that provides a direct financial benefit to their care provider.

Solutions, on the other hand, seem to be fewer and farther between.

For instance, the recently enacted Affordable Care Act includes a provision to encourage doctors and hospitals to come up with ways to increase quality, reduce cost, and eliminate waste in the health care system. Another effort, spearheaded by the American Board of Internal Medicine Foundation, promotes conversations between doctors and patients about effective care and avoiding unnecessary tests and treatments.

But perhaps the most intriguing and potentially lasting solution can be found in an increasingly popular approach to health care that recognizes that it’s not just the patient’s body but their mind that deserves consideration.

Evidence that such an approach is gaining traction can be found in the abundance of books being written on the subject, including OB/GYN turned mind-body medicine guru Lissa Rankin’s best-seller, Mind Over Medicine: Scientific Proof That You Can Heal Yourself. The book draws on hundreds of scientific studies, all supporting the idea that it’s not diet, exercise or even our DNA but what’s going on in our thought that matters most, including our spiritual outlook.

One of the most compelling of these studies deals with the impact of superstition on our health.

A group of researchers in San Diego compared the death records of almost 30,000 Chinese-Americans with those of more than 400,000 randomly selected Caucasians. What they discovered was that the Chinese-Americans died as much as five years earlier than the rest, if they were not only sick but also happened to be born in a year that Chinese astrology and Chinese medicine consider ill-fated.

This makes you wonder if there are any other beliefs that might be having an adverse impact on our well-being. It also makes you wonder whether the remedy lies in simply changing what the human mind believes or, as Rankin discusses, being open to a more spiritually inspired or Mind-based solution.

Of course, tackling the problem of too much health care will likely require more than one fix. But any approach that decreases the potential for harm and increases the opportunity for healing is a good one and deserves further exploration.