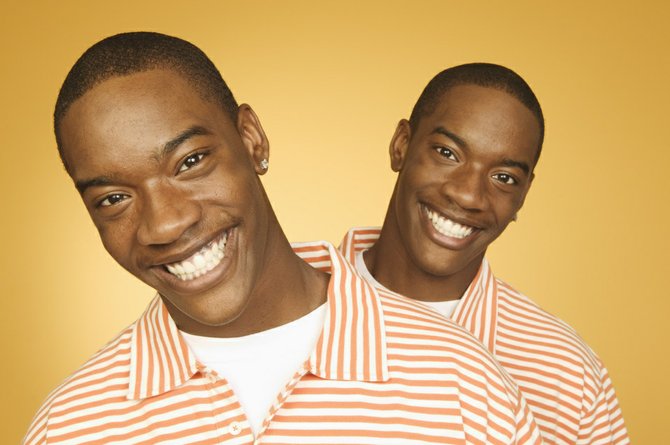 Are you an identical twin?

If so, perhaps, you know what I mean when I say that at times, the twin thing can get ridiculous. For example: A woman once asked if my identical twin and I were brothers. We told her, “We’re twins.” Then she inquired, “How long have you been twins?”

As well, my brother’s senior-class picture was not included in our high school yearbook. The editor of the book assumed he was viewing two pictures of me and deleted one. Our mother was not pleased.

Despite the weirdness that surrounds twins at times, researchers believe that there are important answers to health questions being learned from the genetic study of twins.

What interests me about twin studies, besides being a twin myself, is that some encourage a deeper look into what allows you and me to control our own wellbeing.

Genetics portrays existence as shaped into preordained patterns and limits by the chromosomal linkups initiated at conception. But are dominant and recessive genes really the authority when it comes to determining health?

If yes, why do those who forgive, initiate kindness, and expect goodness have better health, as so many studies now confirm? Is it better genes or is it improved moral integrity and spiritual understanding that make for the best health?

Liz Banks-Anderson in an article for The Age writes about a recent forum: Twins – changing the future of genetics. Banks-Anderson states, “Despite possessing shared genes twins can and do have significantly different health and identities.”

She also writes that the forum’s Keynote speaker Professor Tim Spector, a UK expert from London’s Kings College, told attendees that twins show us that we are not captive to our genes.

Spector stated, “Many of the subtle differences between us appear now to be due to chance or fate, but as science rapidly evolves and explains current mysteries we will be able to become more active participants in this human moulding process.”

Being a twin (all my life!), it’s been natural for me to feel comfortable and connected with another. When it comes to my relationship with my brother, and as we were growing up, I always thought in terms of one, not two.

For example: Until my brother got married, he and I shared one bank account. We never kept track of who made deposits or withdrawals. The concept of separateness was foreign to us.

This type of subordination of self, I feel, helped me to be receptive of my unity with a higher intelligence and power. And because of this, I’m learning that the way you and I are shaped is more divine oriented than we may have imagined.

Learning that you can play a major role in your own health care by recognizing and embracing that you have been created spiritually, as a reflection of the divine rather than genetically constructed, may seem foreign. But by doing this, you can liberate yourself from the preordained limits, illnesses, and defects that genetics would impose.

Of course, you don’t have to be a twin to have a keen sense of your closeness with the divine. Twin or not, you can stop regarding yourself as doomed by a programmed combination of chromosomes and start relaxing in the knowledge that you are a healthy spiritual being.

Jesus, I believe, healed genetic difficulties utilizing this method, as did his disciples. This type of practice continues even today.

When my brother and I were teenagers, his girlfriend at the time gave him a belt as a present. Since we shared just about everything, I began wearing it. She got mad. This is when we learned that others often have a hard time comprehending how twins interact.

Just as twin behavior is often misinterpreted, it may be difficult to understand and accept that a spiritual sense of life enables you to control bodily health. But, since twin research is revealing that you are not captive to genes, couldn’t this be the perfect opportunity to discover an even greater and more dynamic concept of life and wellbeing?