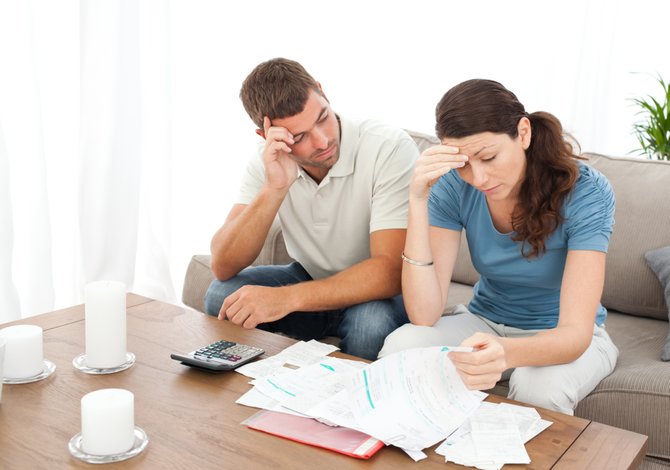 Social taboos have dropped left and right since I was a young man raising a family, but one is unlikely to disappear any time soon: holding too much personal debt. But debt need not be a personal tragedy nor a badge of shame. For some, it is simply a practical problem with practical solutions. For others, however, it isn't even the real problem.

In the last few year I've watched two friends handle debt quite differently, and those differences illustrate the real taboo about debt that we seem to ignore. I've changed names and tweaked a few details to keep peace in the world, but what follows are essentially two true stories: those of Joe Able and Tom Baker.

Both Joe and Tom are early baby boomers. During their careers, both had the external trappings of success: nice homes, luxury cars, and a good amount of other cool stuff. They earned good incomes and paid a lot in taxes along the way. They moved into their peak earning years during the Internet boom, and both of their companies flourished.

Nevertheless, neither Joe nor Tom amassed much wealth. Instead, they financed signs of wealth. Their justification: they made enough money to easily afford the payments. Neither Joe nor Tom had a problem with this approach.

In short, both enjoyed playing the role of big shot.

Well, the economy turned and their incomes were cut. Joe eventually realized he would never be able to retire because he had accumulated, well, basically nothing. This must have been terribly difficult for him.

Joe had to fess up to his spouse and family that he may have been "rich dad" for a decade or so, but things were going to have to change radically. Otherwise, he would become "poor dad."

Joe's wife had become quite comfortable with her life of luxury, so together they sought professional advice from his accountant and a qualified financial planner. Together they built a plan to get out of debt and accumulate some real capital. This was the only way they could ever enjoy retirement. Perhaps it would be more modest than they'd once envisioned, but that was OK.

To borrow Joe's words, "I decided to stop the world. I wanted to get off!" He described it as a never-ending treadmill: work hard; make a lot of money; pay off bills; buy more cool and expensive stuff; repeat, repeat, repeat. So they built a plan and refocused. Joe and his wife worked together and are quite happy today.

Tom took a different road. He, too, realized his lifestyle was unsustainable. Family and professionals convened in an effort to help Tom see reality. They encouraged him to change his behavior.

Tom discussed his mounting debts and reduction in income very rationally, but he was unable to change his behavior.

As I looked at these two men, I noticed differences. Joe lived in a large city. Tom lived in the small town where he grew up. Joe was the proverbial little fish in a big pond; Tom was the big fish in a small pond. Everyone in town knew Tom as the kid who grew up and obviously really made something of himself.