Being healthy… even if you are Methuselah 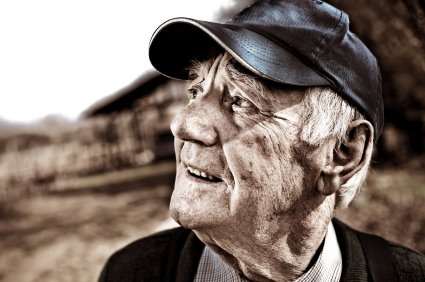 Healthy living at all ages! ©istockphoto, model for illustration purposes only

Who? You know, the fellow of ancient Biblical times purported to have been the oldest person to ever live. Being healthy is important at any age but especially so as we get older. Methuselah got to 969. Imagine his insurance premiums if he was living today!

Seriously, October 1, marks the commemoration of International Day of Older Persons, organized by the United Nations for the purpose of honoring the contributions of senior citizens and spot-lighting their issues, including health care.

The theme of this year's observance is "The future we want: what older persons are saying." When it comes to their health, they are saying don't overlook spirituality. Everyone should listen.

"A demographic revolution is underway throughout the world," according to the World Health Organization. If you are 60 years old or over, you are part of a group of 600 million today that will double in size by 2025.

Part of the concern surrounds how to keep this growing segment healthy, something experts are finding difficult today. Yes, we are living longer lives, but not necessarily healthier ones. A study released this year in JAMA Internal Medicine reports longer lives are not translating into healthier ones.

"Despite their longer life expectancy over previous generations, U.S. baby boomers have higher rate of chronic disease, more disability and lower self-rated health than members of the previous generation at the same age," according to the study's authors.

What does the previous generation have to say about personal health? "Research suggests that spirituality is important to a large percentage of the older adult population and serves as a promoter of healthy aging," writes Lydia K. Manning, Associate Professor of Gerontology at Concordia University Chicago, whose bio includes postdoctoral scholar at Duke University with a Ph.D. from Miami University of Ohio.

For her study Manning conceptualized spirituality as a "realm of human experience encapsulating an intense awareness of the present; transcendence of the personal self; and/or a feeling of connection with all of life, the Universe or a Supreme Being."

After multiple interviews with women aged 80 and over, Manning concludes, "The major finding is that participants used their spirituality as a tool to promote and maintain resilience in later life." The concept of resilience has no single meaning and researchers define it differently. Webster's definition includes, "an ability to recover from or adjust easily to misfortune or change."

"When asked about their spirituality," Manning writes, "the women's narratives demonstrated resilience about life, meaning, and spirituality. The women, in their 80s and 90s, were explicit about how their spirituality served as a mechanism for dealing with adversity and hardship."

"In addition," Manning continues, "they accredited their spirituality with helping them reach advanced age. Specifically, the women discussed how spirituality and their connection with God served as tools to help them make sense of advanced age and how they managed to live so long. Spirituality apparently served as a protective factor for these women in later life."

Listening to what the oldest living generation has to say about their life experiences and tapping into their vast wisdom can point us in new/old directions about health and contribute to future discourse about the means to longevity.

Some days we might feel as "old as Methuselah" even though thanks to him we can all consider ourselves youngsters. But take to heart what Paul, another individual of Biblical fame who suffered from some significant health challenges had to say about an active connection to God, "To be spiritually minded is life and peace."