When life needs a kick start 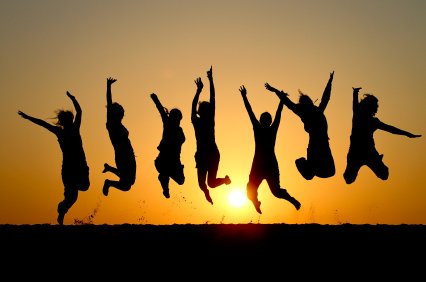 When life needs a kick start, spirituality, positive expectation and an upbeat attitude can help. ©istockphotos, model for illustrative purposes only

As usual, the Starbucks was packed. All I wanted was a smoothie, but I wasn't sure it was worth the wait. I live just a couple of blocks from the coffee house which does a booming business, especially in the morning when everyone is looking for that quick jolt that will get them up to speed.

I got in line. Observing my fellow 'waiters,' I heard them share their doubts about the dreaded work week, their retirement, or health worries. The minutiae of daily living and the periods of ill health seem an unavoidable consequence of the human experience - and can get us down. If only Starbucks made a special brew that, when caringly sipped, could melt away all the weights of life.

Move over caffeine! Hello attitude! It turns out that the spark provided by a cup of coffee might have less to do with its chemical properties and more to do with our own expectations.

A study conducted by the University of East London suggests that the kick we get from caffeinated coffee is at least partially attributable to the expectation of the buzz. Yep...anticipating the kick produces the kick.

"Expectation enhanced self-reported vigor and reward responsivity," according to the report, which also showed a boost in mood through positive expectancy.

This same mental attribute is viewed as a plus when it comes to age-related health issues. With 'Healthy Aging Month' upon us in September it's no secret that there are some pretty negative stereotypes about aging: slowing down, lack of vitality, feebleness, mental dullness, and others. But they are just labels, not inevitable realities.

An upbeat attitude is a proven contributor to good health. Studies over the past decade show a correlation between sound, productive thinking and reduced risk of stroke, disability and mobility problems.

The development of frailty is also curbed by an optimistic temperament. A study published in Psychology and Aging shows a link between a person's positive approach to life and their degree of feebleness. Authors of the research Glenn V. Ostir, Kenneth J. Ottenbacher, and Kyriakos S. Markides from the University of Texas Medical Branch at Galveston, observed older adults during a seven year time-frame.

Their conclusion: "High positive affect was found to significantly lower the risk of frailty." Not just "sunny thinking", but sound thoughtfulness, permeating one's consciousness goes a long way in avoiding the pitfalls of fragility.

Other studies also show consistently better health outcomes from thought and lifestyles that incorporate spirituality and/or a significant tie to a religious community or practice. While the term "spirituality" can have a different meaning for each of us, I think of spirituality as a life practice that connects me to God in such a way as to enrich the clarity of my thought and enhance my physical health.

Hmmmm...quality of thought affects quality of life. It's not new, but it is a refreshing approach to health concerns. And more researchers are getting in line to study this phenomenon as well as the confirmed links between an individual's spirituality and his sense of wellbeing.

Mindfulness, positive expectation and attitude, all mental qualities, are active elements in experiencing healthy physical and mental outcomes. They provide the needed boost in meeting today's demands and are immediately available to everyone. No waiting!