Being healthy linked to Golden Rule 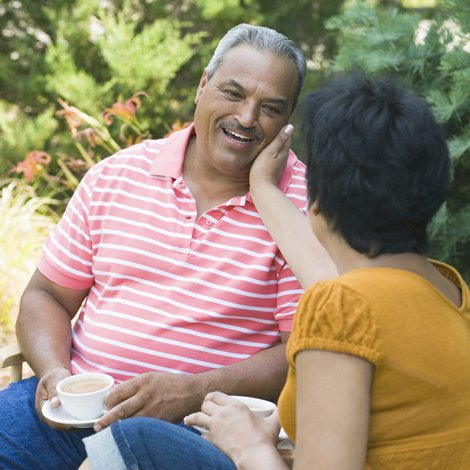 Being healthy linked to the Golden Rule © Glow Images, model for illustrative purposes only

How are you and your neighbors getting along? You might want to strengthen those ties and trust them a little more. Beyond the obvious benefits of a strengthened community, your faith in them might just make you feel healthier.

The Golden Rule, considered by many the pinnacle of “rules to live by”, has been around a long time. It cuts across centuries, cultures and faiths. This ethical code of respecting others as one respects himself has long been the standard through which peoples and nations get along.

As it turns out, in addition to the societal benefits of loving and trusting your neighbor, this respect has a bearing on one’s own physical and mental health.

“While most people aren’t aware of how trust impacts them, results indicated that trust was a factor in a person’s overall health,” according to Eileen Bjornstrom, assistant professor of sociology at the University of Missouri, in a study published in Social Science & Medicine. The doctoral graduate from The Ohio State University looked at trust of neighbors and self-rated health relative to income distribution.

The study confirms that “lack of trust of neighbors was significantly and positively associated with below average self-rated health.”

But finding that trust might come hard for some. Assumptions about another’s economic position, education, ethnicity, and faith tradition as well as other factors might seem an impediment to a consistent good neighbor policy. Yet, as Jesus so passionately admonishes in his Sermon on the Mount, “all things whatsoever ye would that men should do to you, do ye even so to them: for this is the law and the prophets” (Matthew 7:13, KJV).

Jesus was probably referring to a reference in Leviticus 19:18, “Thou shalt not avenge, not bear any grudge against the children of thy people, but thou shalt love thy neighbor as thyself.”

According to Bjornstrom, “Because human beings engage in interpersonal comparisons in order to gauge individual characteristics, it has been suggested that a low relative position, or feeling that you are below another person financially, leads to stress and negative emotions such as shame, hostility and distrust, and that health suffers as a consequence.” The data from those participating in the survey actually found those with a “higher local position are more likely to distrust their comparatively lower-income neighbors.”

“The Scriptures plainly declare the baneful influence of sinful thought on the body,” wrote Mary Baker Eddy, the founder of the Church of Christ, Scientist who dedicated much of her life to better understanding the connections between thought and health. She also noted, “In the scientific relation of God to man, we find that whatever blesses one blesses all, as Jesus showed with the loaves and the fishes.”

Indeed, Jesus understood the benefits of a loving and embracing attitude toward others. He showed the world through his immense love and demonstrations the powerful effects of God’s love on soul and body. At the same time he was advocating a fresh way of thinking within us, one that not only corrected misperceptions and distrust for others, but also proved a methodical and scientific approach to our own health and longevity.

With the same fervor one communes with God, approaching a neighbor in sincerity and compassion has its rewards. Finding it within us to bless our neighbors, respect them, trust them, and defend them, has healthy benefits for all.

We might think of the Golden Rule as the “rule to live healthier by.”