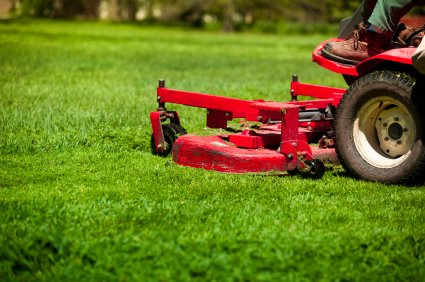 While reading reviews for the new film Escape Fire: The Fight to Rescue American Healthcare, I thought of my own recent release from pain.

Two weeks ago, as I stood outside and reluctantly prepared to mow my yard, my neighbor’s yardman pulled up with his trailer full of yard equipment. I was reluctant to begin working because my back was aching. It had been hurting for several weeks and I was having trouble bending over.

While watching the yardman drive his riding mower off the trailer, I thought perhaps he could help me. I didn’t realize just how much help he would be.

I walked across the street to ask if he had time to mow my yard too. Knowing that my wife and I always cared for our own lawn, he stopped what he was doing and asked, “Are you feeling OK?”

I told him about my back. He smiled and said, “Sure. I will mow it.” Then, with a compassionate, caring tone, he described exercises I should try. Apparently, at one time, he’d been a massage therapist. He said that if I would do the exercises, I’d feel better.

I thanked him and walked back to my house. However, as soon as I closed the door behind me, I began to feel better. Even though he suggested exercises, they weren’t needed. It was my reaction to his genuine compassion that facilitated my escape from pain.

Then, last Monday, when he returned to mow the neighbor’s yard, I told him how his caring had helped me find complete freedom. He smiled and said, “I just don’t like to see anyone suffer.”

There are a lot of people who don’t like to see suffering. This is why many are hoping to see changes in healthcare. The filmmakers of Escape Fire, a film released last October, realize that society needs a paradigm shift when it comes to providing people with better care.

A Los Angeles Times review of the film states, “What we have now, Dr. Andrew Weil and others in the film attest, is actually not a healthcare system but a disease management system. It’s a system that believes drugs are the only way: We spend as much on them as the rest of the world spends combined. It’s a system, these folks say, that does not want you to die or to get well; it wants you to keep on spending. And spending. If milk prices had risen as astronomically since 1945 as drugs have, a gallon of milk would cost $48.”

A Film Journal review says of Escape Fire, “There’s a lot wrong in the current state of American medicine. And this film devastatingly points out the reasons why, including an overreliance on pharmaceutical solutions rather than preventive care; the pernicious effects of bad lifestyle choices; the system of hospital and physician reimbursement that accentuates profits and volume rather than maximum attention; and the lack of regard for alternative medical treatments, among many others.”

An Indiewire review describes part of the film: “We follow one soldier, Robert Yates, on his way home from Afghanistan. …His journey towards recovery illustrates how the military, out of sheer pragmatism, has turned to healing techniques such as acupuncture, meditation and yoga in order to relieve the stress and pain of these men. Not only are they curbing narcotic dependency and teaching them empowering techniques to heal themselves for a lifetime, but these procedures are relatively low-cost and low-tech.”