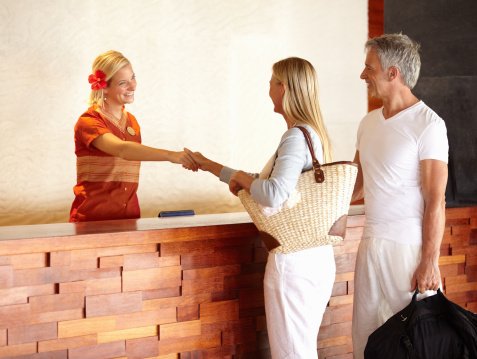 Traveling abroad can and usually does involve some measure of problems, if not true disasters. There are horror tales for every step of the way, from airports to hotels, taxis and restaurants. When you are packing for international travel, pack to be prepared, but make sure that you also know the rules. Find out what items are not allowed. For example, in some middle Eastern countries, a Bible is contraband. Flight regulations today affect carry-on items such as liquids; know what size limitations apply and what items are not allowed on airlines to avoid an embarrassing open suitcase situation in public.

Here are 5 cautionary tales to consider:

Beware of exorbitant charges for international calls and data usage. People have been charged high rates like $5/minute while on a cruise ship to $11,000 for data use. Clark Howard has great suggestions about how to avoid getting over-billed for communication at his website .

Can you imagine anything worse than getting stuck for hours on an airplane in flight after a malfunctioning toilet spilled raw sewage all over the aisles? Even worse is getting stuck at a terminal and not being allowed off the plane for hours and hours with no food, no water, no working toilets and no toilet paper. This happened during an international flight to New Jersey from Venezuela. The aircraft was diverted to Baltimore when bad weather hit New Jersey. The passengers were sitting for about seven hours and when they got rowdy because of the delay, police were called and they were all herded into a hallway where they were face-to-face with a police dog.

A lost hotel reservation can cause great trouble, but an attack of dysentery may be worse, especially if you are in a cheap hostel in India that has no toilet seats and you have to supply your own toilet paper. In another city, a traveler checked into his hotel room only to discover that there not only were no light bulbs, there were no electrical outlets. He demanded and got another room, but it had no shades on the windows. Eventually he did get a satisfactory room, but the hotel experience was miserable.

Beware of street infirmaries and any drugs they dispense, especially if they then offer you a bus ticket at great discount. Do not trust bottle water either; always check to see if the seal has been broken. Sometimes bottled water is used and the bottles refilled with local tap water that is non-purified. Yogurt and bananas are somewhat helpful if you do have trouble like this.

You can get in the middle of a lover's spat that disrupts your travel plans. In 2011, in Chile, a flight was delayed from takeoff because of a bomb threat. It turned out only to be a desperate attempt by a jilted lover to keep her sweetheart from leaving. She ended up in jail, another location you do not want to visit while travelling abroad.

With increased security at airports, travel abroad or at home can be somewhat invasive. Making mistakes in a foreign country can put the traveler into discomfort or even risk. Careful planning ahead is the best preventative measure you can take to keep your travels enjoyable.