The Boys in the Boat

New book telling the story of the 1936 University of Washington rowing team launches in Seattle this month; Hollywood movie is in the works 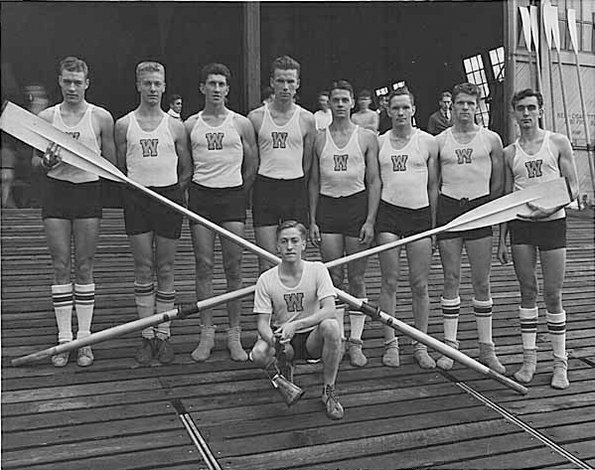 The “Boys in the Boat” stayed close throughout their lifetimes, and had reunions on the water every ten years, including this 20 year reunion in 1956. Photo courtesy Judith Willman

“Almost any ordinary American could identify with them,” notes Brown, “particularly in economic terms. Like everyone else, they were struggling simply to feed and clothe themselves. So in that sense they served as a model—something you could identify with if you were struggling yourself. This perception grew even more acute when they began to compete against the often very wealthy boys at Ivy League schools in the East. And then even more when they began to compete against the aristocratic British boys from Oxford and Cambridge. And most of all, of course, when they competed against the hand-picked Nazi oarsman in Berlin. The stark contrast was brought face-to-face by the nine American kids dressed in ragged old sweatshirts and mismatched shorts racing against regimented blond oarsman in crisp white uniforms with swastikas on their chests.”

But throughout, Joe Rantz remains the emotional heart of the story, a teenager without family or prospects, abandoned as a child by indifferent parents—who rows not for glory, but to regain his shattered self-regard and to find a place he can call home. “I honestly think that crew saved Joe’s life, or at least redeemed it and made it worth living,” observes Brown. “If he had never been on crew I don’t think there’s any doubt but that he would have remained somewhat damaged goods—something of a loner and somewhat dysfunctional—all his life. Then he joined the crew, which was assembled by an enigmatic coach and mentored by a visionary, eccentric boat builder. And it is their trust in one another that makes them a victorious team. They remind the country of what can be done when everyone, quite literally, pulls together—a perfect melding of trust, determination, and optimism.”

“I really can’t rave enough about this book,” exclaims author David Laskin. “Daniel James Brown has not only captured the hearts and souls of the University of Washington rowers who raced in the 1936 Olympics, he has conjured up an era of history. Brown’s evocation of Seattle in the Depression years is dazzling, his limning of character, especially the hardscrabble hero Joe Rantz, is novelistic, his narration of the boat races and the sinister-exalted atmosphere of Berlin in 1936 is cinematic. I read the last fifty pages with white knuckles, and the last twenty-five with tears in my eyes.”

The book, published by Viking, was released this month on June 4. The Weinstein Company has already begun to develop a script for their upcoming film adaptation. 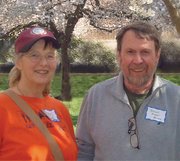 In the author's note, Daniel James Brown wrote: "If books can be said to have hearts and souls--and I think they can--this book owes its heart and soul to one person above all others: Joe Rantz's daughter Judy Willman. I could not have begun to tell Joe's story, and the larger story of the 1936 Olympic crew, if it had not been for Judy's deep collaboration with me at ever stage of the project." Pictured here is author Daniel James Brown with Judy Willman.

“I’m beyond excited at the prospect of a feature film based on The Boys in the Boat,” says author Daniel James Brown. “A scriptwriter came up from Hollywood recently and spent the day with me. We visited the old shell house at UW, met some of the rowers’ family members, and hung out with the Washington crew a bit. He went back to California full of great ideas… Of course with movies you never know. There are still hurdles to clear before the Weinstein Company will be ready to start casting and filming, but so far the signs are very good. If it happens, I think the greatest thing will be that this terrific story about some very remarkable young men who long ago made it big on the world stage will once again be played out in front of the whole world.”

The Boys in the Boat book launch celebration takes place at 6:30pm June 4 at University Book Store, 4326 University Way NE in Seattle. Light refreshments will be served and a choir will perform beginning at 6pm just before Daniel James Brown reads from his book, followed by discussion and book signing. No tickets are required for the event.

Other area events on this national book tour include: 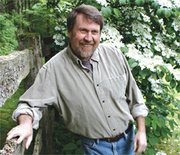 Seattle-area author Daniel James Brown was introduced to Joe and the story on a chance encounter with Joe’s daughter, his neighbor Judy Willman

About Daniel James Brown – on his website Brown writes: “I live near Seattle with my wife, two daughters and an assortment of cats, dogs, chickens, and honeybees. When I am not writing, I am likely to be birding, gardening, fly fishing, reading American history, or chasing bears away from the bee hives.”