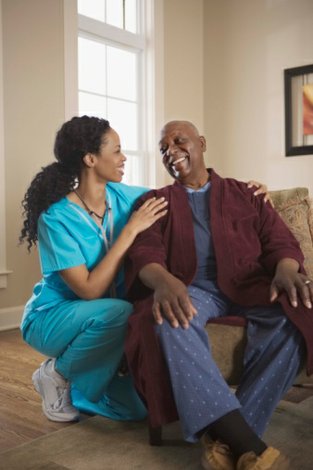 In the final minutes of a lunchtime talk sponsored by the Harvard Medical School, someone in the audience had a question for the two guest speakers, both of whom were there to talk about the placebo effect and its opposite, the nocebo effect. The question to Associate Professor Ted Kaptchuck and Senior Faculty Arthur Barsky went something like this:

"What effect do you think the wide advertisement of drugs on television and media ... and sometimes I listen to the side-effects that they cite in the ads, which can include death ... what kind of problem is it for physicians when a patient comes in with prior knowledge of side effects?"

It's the kind of question that takes on greater significance the more you think about it. On a micro level it's about the side-effects of side-effects, which Dr. Barsky said was an enormous problem and one for which he didn't have an answer.

On the macro level the question points to what doctors, nurses, patients and all the rest of us have been hearing for years: We have a health care system in need of fundamental change.

Most of us are aware of the seriousness of the problem, and most of us would like to see large-scale improvement. But also for most of us the sticking point is where to begin with something of this magnitude. Tackling global issues is nearly impossible without the help of institutions, teams, leaders, researchers, huge amounts of money and huge movements of thought. Or is it?

Nothing stops us from thinking big but starting small, taking stock of our own health care practices and improving them a step at a time, beginning with some pretty basic ideas that can be of enormous help.

Let's zero in on one for starters: changing our ideals.

If our starting point for healthy living is business-as-usual, then we can pretty much count on experiencing business-as-usual health. That's having ordinary, rather than excellent, as an ideal.

If we let ordinary health care beliefs and practices be determinant of what's possible, we end-up settling for ordinary outcomes (or worse). We become complacent. We expect little or no improvement.

Placebos and nocebos have for years been telling us that the expectation of health outcomes plays a prominent role in those outcomes, as attendees at that Harvard lunchtime talk acknowledged. Put another way: ordinary in, ordinary out.

Ideals by their very nature should not merely reinforce ordinary practices and expectations. They should set our sights as high as possible. As in any worthy endeavor, the model should be excellence.

There's a danger of dismissing such a model out of hand, rolling our eyes at even the suggestion that current health beliefs and outcomes can substantially change for the better. Why set our sights unrealistically high?

Because excellence is the only acceptable ideal to have. The ideal may not be fully realized immediately, but by taking it seriously and holding to it we're consistently reminded what to aim for, what to strive for, what to care about, what is important, what ultimately to expect, and what to say no to — complacency.