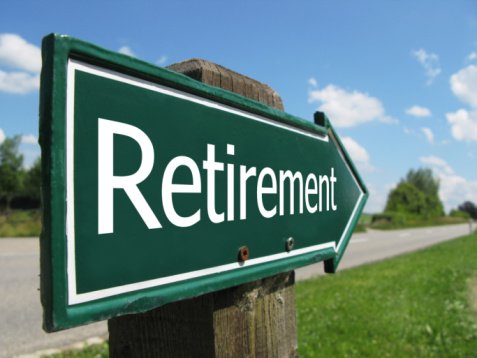 That’s right, retirement has a Level II. I bet your competitive streak wants to get there, and that means building an overall strategy for producing stable monthly income. Depending on your personal goals, that might mean income to supplement your paycheck, or income that’ll have you sipping Mai Tais on the beach in Tahiti next to your spouse of 30- or 40-plus years.

But before we get to Level II, let’s review Level I.

Retirement changed radically when the government bailed out reckless banks at the expense of seniors and savers. A lot of people, myself included, entered the 2008 crash thinking their portfolios were as safe as a bomb shelter.

Personally, I allocated my portfolio by the “100 minus your age” rule. Cash holdings aside, nearly 70% of my capital was in income investments (leaning heavily on CDs, given the excellent rates at the time), and the remaining 30% was very conservatively invested in the market. In other words, I followed the rules.

Unlike many who took a large hit when the market crashed, my losses were minimal. I don’t say this to brag, nor am I encouraging you to follow my old allocation. I simply want to share that, even with my allocation down pat, I too was struck hard by the crash… just not in the way one might imagine. Why? Because it wasn’t the number at the end of my brokerage statement that let me sleep well at night, it was the income those investments produced.

I was living on that income, enjoying the retirement dream. Then—almost overnight—my “paycheck” was cut by 66%.

Like so many others, I was caught by a risk in my portfolio that had been unheard of a few years prior. With decades of livable interest rates behind us, not one financial advisor ever suggested I was at risk. Almost no products existed to deal with it.

The new, zero-interest-rate world was, as the kids in Silicon Valley like to say, a game-changer.

When our team sat down to develop Money Forever, we knew that retirement investing demanded both a defensive and an offensive strategy, played at the same time.

The defensive goal is to avoid catastrophic losses. Too many Americans were caught with their pants on the floor at the end of the dot-com and real estate bubbles. Others from around the world have been robbed of their savings as governments overspent and spurred inflation.

Bonds have performed very well recently. But the largest gains are not from yield, but from the Federal Reserve driving interest rates lower and holding them there.

While long-term bond funds appreciated handsomely, a new risk crept into portfolios around the world: the so-called bond bubble. If rates rise (we’ve seen a light preview of this since May), the net asset value of the billions of dollars in many bond funds will drop dramatically.

When we put our retirement money in fixed-income investments, we are investing for safety and yield. We cannot risk another bubble bursting at our expense.