The Importance of Getting Enough Sleep 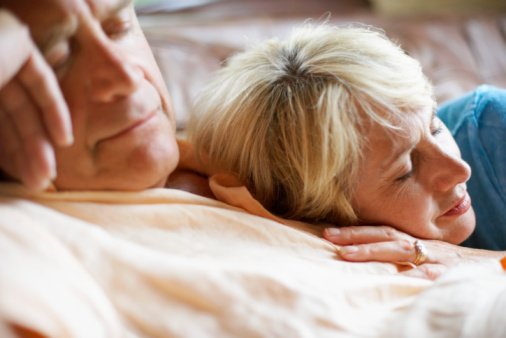 As a baby, you were programmed to sleep about eighteen hours a day. Upon reaching adulthood, say age twenty, your nightly sleep allotment had been slashed to around six hours and fifty-four minutes, according to the National Sleep Foundation. Hitting early middle age, we get 80 percent less time in the most restful “slow-wave” period of sleep (as compared to our teenage years), and by the time we hit our fifties and sixties, we get almost no uninterrupted deep sleep.

What does this lack of sleep mean for our health? It means that the average fifty-year-old has nighttime levels of cortisol, a primary stress hormone, more than twelve times higher than the average thirty-year-old. Yikes! Not only does an inadequate quality or quantity of sleep result in elevated cortisol levels, but pre-existing high levels limit your ability to fall asleep and the amount of time you spend in the “slow wave” period.

If you don’t get to bed at a reasonable hour to allow a full seven to nine hours of shut-eye, your cortisol/testosterone metabolism doesn’t get a chance to cycle through its normal rhythm, which would achieve its lowest ratio point around 2:00 A.M. As a result, with only limited sleep hours logged, you wake up groggy after having been exposed to high cortisol and low testosterone throughout the night.

This vicious cycle between poor sleep and cortisol can lead to subtle changes in metabolism that can lead down the path towards sub-optimal health.

Indeed, recent studies have shown that:

• Men who regularly got less than six hours of shut-eye doubled their risk of weight gain and diabetes due to excess cortisol exposure which interferes with insulin metabolism (Yale University, 1,709 men).

In many ways, sleeping less than eight hours each night is as bad for overall wellness as gorging on junk food or becoming a couch potato.

To help achieve a better night’s sleep, you need to focus on bringing your body biochemistry back into balance and lowering problematic cortisol levels. To rejuvenate your body, introduce consistent patterns or regimes into your daily life as well as monitor what and when you eat and drink. Some key tips to improving your sleep include:

• Establish consistent times for going to bed and getting up (such as 10 pm every night and 6 am every morning).

• Consider supplements which can help prepare the body for a restful state, like MonaVie Balance and MonaVie Rest.

• Don’t use alcohol as a sleep aid as too much can actually interfere with sleep patterns.

• Get regular exercise, but note that exercising within three hours of bedtime might keep you awake.

• Keep your bedroom cool and dark.

Adapted from, “Vigor Diet – The New Science of Feeling Your Best” by Shawn M. Talbott, Ph.D., available as a Kindle ebook from Amazon.com. All proceeds benefit The MORE Project children’s charity.