The Northwest’s Own Natural Wonder 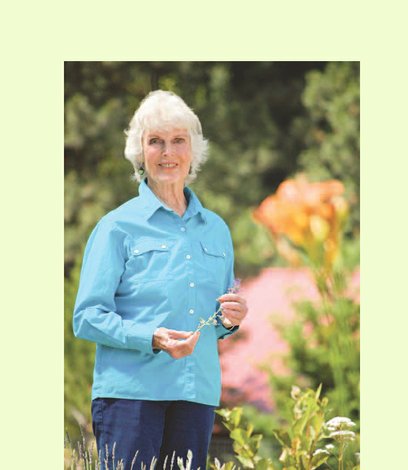 As part of the prominent Northwest family whose accomplishments include founding KING Broadcasting and the Bullitt Foundation, Harriet Bullitt created Pacific Northwest Magazine and Sleeping Lady Mountain Resort. She is a multi-talented entrepreneur and long-time supporter of the arts and environmental conservation.

That belief was nurtured by her mother, prominent Seattle businesswoman and philanthropist Dorothy Stimson Bullitt, while spending summers at the family property near Leavenworth. It has translated into a lifetime of action, directed by her belief that “the more people know about the natural world, the more they care for it…naturally.”

One of three philanthropic siblings, Harriet, together with the late Charles Stimson Bullitt and the late Priscilla “Patsy” Bullitt Collins, continued their mother’s legacy of enhancing and protecting the landscape of Seattle and the Pacifi c Northwest through various personal endeavors and the Bullitt Foundation.

Started in 1952 by Dorothy Bullitt, the foundation contributed to many Seattle institutions, such as Children’s Hospital, the Seattle Symphony and the Cornish School of the Arts. In 1983, the Bullitt Foundation began to focus its funding on children’s issues, peace and the environment; it’s grown into a nationally recognized organization, funding far-reaching programs throughout the region.

Harriet Bullitt describes herself as happiest whenever she’s outdoors. Her love and respect for the Environment that surrounds her has directed her work — whether striving to clean up nuclear waste, preserve the Siskiyou mountain wilderness areas, prevent logging of ancient trees on Vancouver Island, restore Icicle Creek to its natural habitat, or establish a retreat that links community, nature and beauty — Bullitt has remained connected to the power and majesty of the earth.

“It’s the one continuous thread I’ve had in my life,” she quietly explains. “We grew up climbing trees, rolling stray logs when the tides were low… sometimes just sitting on a rock and listening to the sounds. Outdoor life was the way kids lived; we had to be called to come in for our meals.”

The Beginnings of the Bullitt Legacy

Born to Alexander Scott Bullitt and Dorothy Stimson, Harriet Bullitt was reared in an atmosphere of adventure and dedication. Her grandfather was a lumberman who operated a successful sawmill after the Great Seattle Fire; her father was a distinguished attorney. Her mother, although born into a life of privilege and leisure, remained rooted to the outdoors and her love of sports. Described as a “spirited woman,” she passed on her sense of enthusiasm and determination to her children. Widowed at an early age, Dorothy Bullitt went on to build an incredible media corporation that continues to serve the Seattle area today.

Despite the trappings of wealth and privilege, Harriet Bullitt describes herself growing up “as the typical Northwestern girl.” Like her mother, she enjoyed the freedom of the outdoors and spent many afternoons riding her horse through the Wenatchee Valley. An excellent equestrienne, she continues to ride her beloved Icelandic horses and says that her mother never worried about the dangers a young girl on a horse might encounter alone in the wilderness. “Mother always said to ‘stay with your horse, dear, and you’ll be fine,’ ” Bullitt laughs, remembering a favorite family anecdote. “She worried about those CCC (Civilian Conservation Corps) boys but never about anything in the woods.”