Is there such a thing as "male menopause"? 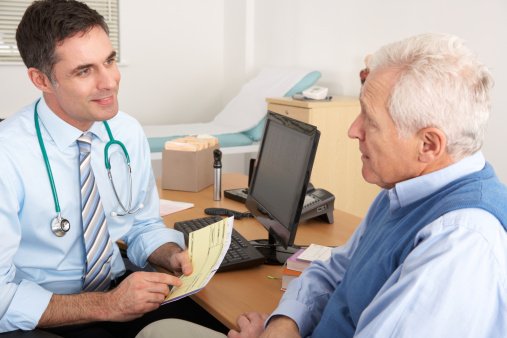 According to doctors, males can experience the same symptoms that women experience during menopause.

It's not easy growing older, but there is some peace of mind and satisfaction to be gained in knowing that you won't suffer certain maladies as a consequence of your gender. For example, ladies know they never have to worry about prostate cancer and gents know they never have to worry about facing menopause -- or do they? Recent discussions among those in the medical field have led to a debate as to whether or not there is such a thing as male menopause.

The signs and symptoms of menopause

Female menopause is the result of hormonal changes that occur with age, and are most often characterized by a loss of libido and interest in sex, night sweats, hot flashes, the diminishment of bone density, and even a loss of memory or an inability to concentrate. In a debate that's been going on for years, medical community professionals seem split on whether or not menopause is necessarily something that is solely experienced by women.

In aging females, menopause occurs rapidly as a result of the complete cessation of hormone production. For men who seem to be suffering the same symptoms, the process seems to be much slower and is thought to be related to a decrease in the levels of testosterone as the body ages. Some doctors are hesitant to automatically label the issue as a male version of what females experience, instead opting to chalk it up to just something that occurs with age. They also point to the possibility that the symptoms being experienced could be the result of other illnesses that aging males are more prone to, including diabetes, which can also negatively impact the sex drive. Proponents of the male menopause theory point to the rapid lower of testosterone that occurs with age as grounds for labeling the condition male menopause.

If you think you may be suffering the symptoms of male menopause, your first step should be to talk to your doctor. As a matter of course, you may be subject to a battery of tests to factor out any other underlying health issues that could be contributing to the symptoms you're experiencing. Ultimately, blood tests can be taken to determine if the body's levels of testosterone are unnaturally low. If this is the case, your doctor may explore a number of treatment options with you.

Treatment for male menopause can vary depending on who the attending physical is. In many cases, severely low levels of testosterone can be treated through testosterone replacement therapy. This approach has been said to have a positive impact on depression, the loss of sex drive, and excessive fatigue. Testosterone replacement therapy isn't without its risks, though, and it's believed that doing so could possibly increase the likelihood of developing prostate cancer. The desire to take a more natural, less invasive approach to dealing with the symptoms of male menopause has led many doctors to trying out different approaches. These approaches can include everything from a change in diet to antidepressants to combat symptoms, as well as strength training for men in an attempt at offsetting this strange and still unproven malady.