Myriam Marquez - A Warrior Against Alzheimer’s 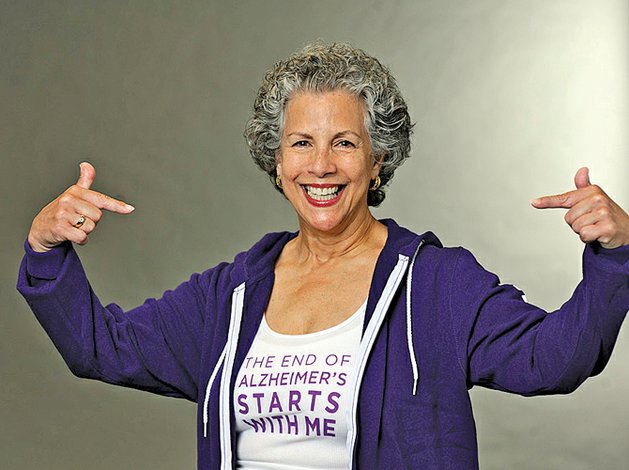 By the time she’d reached 60, Myriam Marquez was convinced she’d dodged a bullet and that the family legacy had skipped her somehow. Her father had started to show signs of memory loss and other cognitive impairment in his early 40s. So did five of her uncles. They all died in their early 50s. She’s the fifth oldest of her cousins and two are currently in the end stages of younger-onset Alzheimer’s. For Myriam, there’s no question that Alzheimer’s disease (AD) runs in her family.

But something changed one evening while driving home from Mount Vernon where she worked as an attorney. Marquez came to the same four-way stop she’d always crossed in Stanwood, but the intersection looked unfamiliar. She was lost despite having daily driven this way home. That was in March of 2009.

“I came to that stop and all of the sudden I didn’t know where I was,” Marquez remembers. “I panicked.” She called her daughter from her cell phone. But as she was talking she realized where she was and said, “Never mind. I know where I am.” Myriam made a right hand turn and went home.

The next week she went to her doctor, concerned that something was wrong. The doctor ran a battery of tests - PET scan, MRI, memory tests, and blood work – and they all came back negative.

Relieved but with a heightened awareness, a memory lapse at a family Thanksgiving gathering prompted added concern. While getting ready to leave her daughter’s house, Marquez went to grab the doorknob and she didn’t know where she was or where she was going.

“The next week I went to my doctor and I said ‘I know I’ve got it,’ ” Marquez shared.

That’s when the doctor suggested that DNA testing was the only way to confirm Myriam’s suspicions. In April 2010, the tests came back positive. Myriam was 62-years-old and diagnosed with younger-onset Alzheimer’s. Marquez possesses the Puerto Rican mutation of the Presenilin 1 gene, one of the four genes that are known to cause AD with clusters found predominately in Puerto Rico, New York, and Hawaii.

Lifestyle choices are something Marquez believes delayed the advancement of her Alzheimer’s, a progressive and fatal disease. “I went to college, to law school. I used my brain a lot in my practice of law. I’m also an actress. And I’ve stayed physically active. I’ve worked out most of my life and am socially active. I also try to eat a Mediterranean diet. It’s my belief that that’s the reason why mine was delayed.”

With her diagnosis, she decided to leave law and become an advocate for the Alzheimer's Association, redirecting her focus to being a voice for other individuals and families affected by Alzheimer’s. She also travels frequently, having visited India for a month and then on to Peru. “Just doing things I’ve always wanted to do,” she explains.