Belief and Its Effect on Our Health 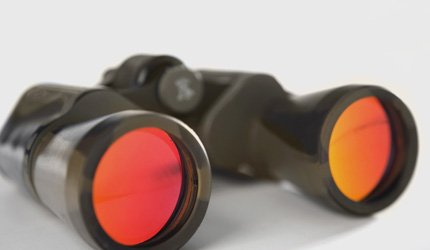 Penny Sarchet doesn't think of herself as a detective, but she's been acting like one. She recently received a prize for her science essay on the nocebo effect, one of the winning entries in a writing contest sponsored by the Wellcome Trust in association with the Guardian and The Observer, who have been on the lookout throughout the UK for the next generation of outstanding science writers.

Like any good detective, Sarchet carefully examined the evidence, the scientific research, on nocebos (harmful effects linked to a harmless substance -- the opposite of placebo effect). This led her to some compelling observations about the link between a negative mental state and physical suffering.

She saw that in a doctor-patient relationship the patient's belief makes a world of difference as to that person's health. What a doctor says and what the patient believes may be more closely tied to the patient's outcome than what the doctor does physically.

If a doctor's warnings about possible negative side effects increases the likelihood of the patient experiencing pain or suffering, as research consistently suggests will happen, the leading culprit is the patient's mental state. Fear or a deep pessimism that they won't get better can be the underlying enemy to health. Sachet concludes: "As scientists begin to determine how the nocebo works, we would do well to use their findings to manage that most 21st century of all diseases -- anxiety."

The flip-side of the belief coin is the health benefit linked to a positive mental state -- the placebo effect.

According to a landmark review published earlier this year, positive expectations are associated with better health. Science Daily reported that the reviewers of more than 160 studies on the mind-body connection were shocked by the consistency they saw in the data. Over and over the evidence showed that a person's positive beliefs are a strong influence for good on their health.

Exploration of a mind-body connection has a rich history, even crossing into other disciplines. I recently reviewed the research and medical experiments conducted in the last half of the 19th century by Mary Baker Eddy, founder of the Christian Science Church. Her conclusions parallel what today's researchers discover as they connect the dots of a placebo and nocebo effect. She noted: "The physical side of this research was aided by hints from homeopathy, sustaining my final conclusion that mortal belief, instead of the drug, governed the action of material medicine." She wrote in greater depth about her research and the connection she saw of a patient's belief to his or her health in her book Science and Health.

What's the bigger picture here? The sleuth instinct in us may sense a need to revise our fundamental assumptions about health and rethink our health practices.

If the root driver of the body's health (good or bad) lies in what's occupying our mind, we should be much more alert to what's tugging at us for attention.

Most people don't question how often they hear, read, ruminate on and talk about unhealthiness. They take for granted that the risks, symptoms, aches and pains they hear about and are familiar with are involuntary. Since they don't question such thinking they don't realize the good effect that comes from reversing it. And that they can.

Why not seriously explore what adds to hope? Find out what builds confidence. What thoughts and conversation about health counteracts fear rather than adding to it? Learn how an increase in spirituality -- compassion, prayer, forgiveness and the like -- grounds us in positive expectations and purges negative ones, which could have a positive impact on our health.

Sooner or later we'll see for ourselves what Penny Sarchet and countless others have uncovered -- that what we take in, what we believe, has a correlation to our health. The days of thinking that the body operates independent of our beliefs about it are fading away.