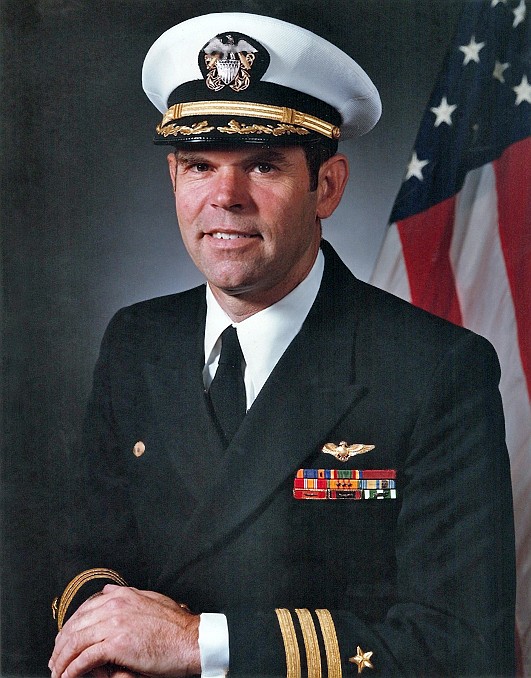 In the late 1960s, Dave Willard, a Navy Commander, was on active duty when he noticed shaking in both his left and right hands. While this should be a concern for anyone, it was particularly concerning for Dave, who was a Navy pilot. He found ways to compensate for the tremor when flying but Dave was fearful, if discovered, it would impact his flight status. He made excuses for spilled drinks and routinely clasped his hands together to minimize the visual effects of the tremor. Many years passed before Dave sought medical attention. He finally had a name for his shaking hands and it is the condition known as Essential Tremor. Several different medications were tried unsuccessfully and surgery was discussed but due to other medical conditions, he was not a candidate.

Dave went to see Dr. Ronald Young, a neurosurgeon at the Swedish Radiosurgery Center in Seattle, to learn about a procedure called Gamma Knife® thalamotomy. Gamma Knife thalamotomy is a sophisticated radiation approach which targets the area of the brain creating the tremor while sparing the healthy tissue nearby. Dave decided to have the Gamma Knife procedure in December of 2010 to treat the tremors in his left hand.

Dave stated, “This procedure sounds scary but there are no knives involved and the treatment is done in an outpatient setting. I was home the same evening with no discomfort. I noticed the shaking diminishing in less than 90 days. One year later I had my second Gamma Knife treatment for my right hand, and as of March 2012, I am tremor-free. My daughter commented recently that this is the first time in her memory I have no tremors. It has changed my life.” 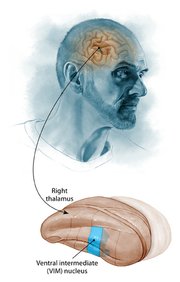 Essential Tremor is caused by overactive brain cells in a portion of the brain called the thalamus. Gamma Knife delivers radiation to these tremor-causing cells with pinpoint accuracy, in a single outpatient treatment.

Essential Tremor (ET) is the most common type of movement disorder, affecting approximately 10 million Americans, and is significantly more common than Parkinson’s disease. ET affects men and women equally and is inherited in about 60-percent of cases. ET is primarily an action tremor of the upper extremities (shoulder, arm, forearm, wrist, or hand), but may involve a resting tremor of the head and neck and/or lower jaw. ET can also affect voice. Some notable people who suffered from ET are Katharine Hepburn and Samuel Adams.

Typical treatment for ET starts with medications, but if drug therapy fails, patients should consider the option of Gamma Knife treatment or surgery. Dr. Ronald Young is a neurosurgeon and has the most extensive experience in the world using Gamma Knife for essential tremor. He has treated more than 1,000 people with ET and notes that 80-percent have noticeable reduction in tremor symptoms. The results take about three months to become noticeable, with most tremors diminishing more over time.

Deep Brain Stimulation (DBS) is the surgical approach, which involves precisely inserting electrodes into the area of the brain causing the tremor. A small device, similar in size to a pacemaker, is then implanted, connected to the electrodes via wires, and programmed to control the tremor. The results are nearly instantaneous and reversible. It is important that people know there are options and they don’t have to suffer in silence.

If you or someone you know shakes when lifting a glass of water, has trouble writing checks at the grocery store or shakes uncontrollably when dialing a telephone, know that this is not something you just have to live with. Seek advice from an expert who can help you learn about treatment options. Visit www.swedish.org/gammaknife or call 206-320-7130 for additional information and support group contacts.

This article appeared in the June 2012 issue of Northwest Prime Time, the Puget Sound region’s monthly publication celebrating life after 50.

Can you identify the location of this photo? If so, you may win $100!