Senior men and the truth about penis enlargement methods 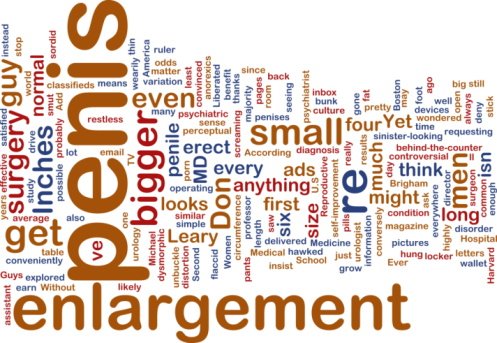 The truth about penis enlargement is that, by and large (no pun intended), it's a myth.

Is it possible? Sure, there is such a thing as a penis enlargement technique that works -- it's called elective surgery -- but as for the other methods, well, let's look at them one by one:

The size of your penis has nothing to do with hormones or nutrition, it's genetic, physical and hardwired into your body. Unless you started taking hormone pills back when you were still developing (and even then it's a longshot), it's far too late now to do anything about the size of your penis by swallowing a few pills.

If anything is going to work, it seems like exercises would do the trick, and it even kind of makes sense. If you want to build your muscles, you work out. By creating tiny tears in your muscles, they are restored and rebuilt stronger than ever when your body recovers from exercise. Likewise, you need to stay mentally active to keep your brain limber. It seems like the same would apply to the penis, but there have been no high quality empirical studies showing this to be the case and even studies conducted under questionable circumstance showed marginal improvements at best.

The penis enlargement industry tends to prey on men who have bought into the myth that they're inadequate. While snake oil salesmen are one thing, pumps and devices are something else entirely in that they're actually somewhat dangerous. These devices can create swelling which gives the illusion of a larger penis, but are more likely to result in injury than anything, especially in men aged 55 and older whose bodies require more time to heal.

The Truth About Penis Size: Does size matter? Well, ask two different women and you'll get two different answers, but none of them are likely to tell you that it's the most important thing in the bedroom. It's not nearly as important as being an attentive and responsive lover.

Furthermore, most men are misinformed about the size of the average penis. If you're thinking six to eight inches, think more along the lines of three to five flaccid and five to seven erect. For all the myths about twelve inch members, the fact is that even a ten-inch penis is considered a freak occurrence.

If a penis is less than three inches when erect it is considered abnormally small and many men do undergo elective surgery to address this, but as far as lotions, pills, pumps and exercises go, there is no real evidence that they do anything but prey on the myth of male inadequacy.