New York City-bound and hungry? Best places for pizza in the Big Apple 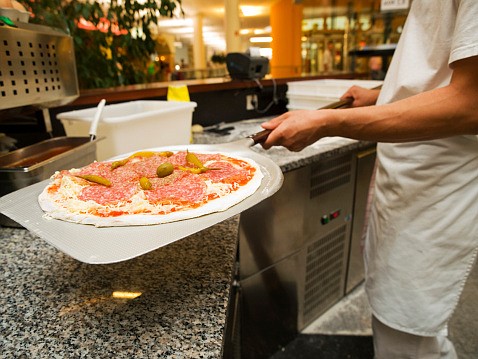 If a trip to New York City is on your travel schedule, not only are you lucky enough to be headed to the greatest city in the world, but you be will surrounded by some of the best food in the world. New York is known for a lot of things: fantastic shopping, historic sites, a magnificent skyline...and pizza! That's right -- no trip to New York City is complete without a sampling of their world famous pizza. If you are looking for cheap food in New York City that tastes like a million bucks, grab a slice and you will be hooked.

The good folks at Serious Eats, a website focused on celebrating and sharing food enthusiasm, dove into the daunting but delicious task of selecting the best pizza in New York City. There were a lot of criteria considered when narrowing down the search for the best of the best, but it all boiled down to how the pizza pie tasted.

The winners of the "Best Pizza in New York City" came from various pizzerias from many different boroughs in the city, ranging from newly established restaurants to 80 year old pizza restaurant icons. Try a slice of each during your visit to New York City and decide for yourself!