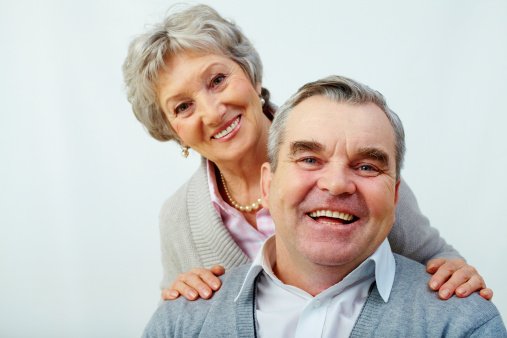 Let's face it, aging scares the heck out of a lot of people. But what would you say if you discovered that half the things you're afraid of happening in your sunset years don't necessarily have to? Some aging myths are just that, and the closer we take a look at actual facts about aging, the more obvious it becomes. Here's a list of some prominent aging myths.

Myth #1: Being skinny will extend your life. This may come as a shocker to some, but apparently a few extra pounds are good for you if you're over 75. This isn't to say that you've been given the go-ahead do eat everything in sight -- obesity can cause serious health problems. But if you're on the plus side of average, studies show that you're likely to live longer than you skin 'n bones contemporaries.

Myth #2: Growing old guarantees you'll become ornery and irritable. Actually, according to studies, the personality of the normal adult changes little from the age of 30 onward. This should come as a relief to those who have always been cheerful and bright, and quite possibly bad news for those who have been sourpusses since an early age.

Myth #3: Beginning exercise too late in life can be dangerous or ineffective. This is one of those aging myths that people love because it gets them off the hook for taking up exercise. In reality, it's a total cop out. The real facts about aging and exercise tell us that people's bodies respond positively to exercise at any age. As long as you don't overdo it and talk to your doctor before starting up a regimen, picking up a good exercise habit at any age is a plus.

Myth #4: Memory and hearing loss are an inevitability with age. The image that most people have of the aging senior who can't hear a thing and who can't remember what they had for breakfast is actually a caricature of age. As we age, our minds do tend to slow down -- but this is by no means any indication that we're headed for senility or that we'll need to wear a hearing aid. Studies say that less than 40 percent of seniors in their 80s need hearing aids to hear, and the vast majority of aging adults don't experience debilitating memory loss.