How to play Sudoku 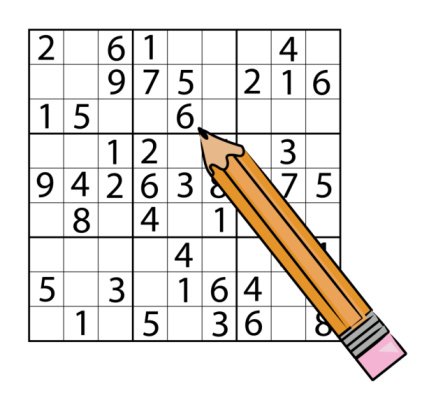 Sudoku looks rather challenging if you've never played it before, but the more you play, the better you'll get. Although it can take some time even for expert players to solve Sudoku, it's fun, challenging, and can help keep your mind sharp. Here are some pointers to help get you started.

A Sudoku sheet comes with a handful of numbers already filled in. The goal is to fill in the numbers 1 through 9 in each row, column, and block of 3x3 without repeating any numbers. There's only one solution for each card.

Continue until the entire card is filled in. Once that's done, the game is over!

For quicker learning, it's recommended to play sudoku online or on your smartphone if you're a beginner. Many times, the applications will tell you when you've duplicated a number and will give you tips along the way.