Are the symptoms of heart attack different for women? 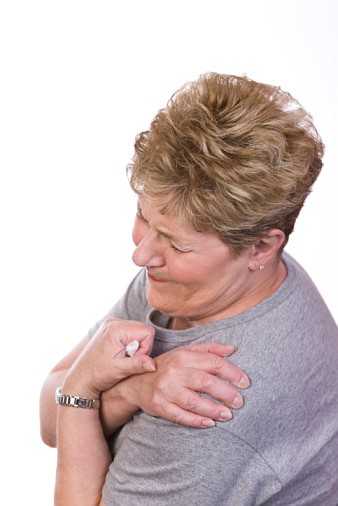 Everyone knows that heart attacks don't discriminate when it comes to sex. They can strike men or women with just as ruthless a severity. However, heart attack symptoms can be different for women than they are for men, leading to a grave danger of overlooking early warning signs that could save a person's life. What's even more distressing about this fact is that many doctors overlook heart attack symptoms on women because they don't align with the traditional, more male-oriented signs that everyone's come to identify with heart attacks: shortness of breath, acute chest pain or pressure or discomfort, vomiting and nausea, sweating, and dizziness. Instead, females who are experiencing heart attack symptoms are often sent home instead of being hospitalized.

These are the top heart attack symptoms as experienced by women. Early identification of these symptoms is a critical tool to heart attack prevention and can save a person's life.

Shortness of breath which can be characterized as gasping or panting. This is also a common symptom of heart attack in males, but one that's easy to be misdiagnosed in the absence of chest pain.

Weakness and unusual, overwhelming fatigue. Again, this symptom alone without the presence of chest pains, is easy to overlook and might -- with the combination of shortness of breath -- even be seen as a sign of overexertion or exhaustion.

Discomfort in the lower chest. Typically, heart attack sufferers feel chest pain, pressure and tightness in the upper or center of the chest. For a women to be complaining of lower chest discomfort, however, could be seen as indication that there's an intestinal issue going on instead of a cardiovascular one.

Pressure and discomfort in the upper abdomen. This is another one of those difficult to read heart attack symptoms in women that's seldom taken all that seriously. In most cases, this type of discomfort is mistaken by doctors and patients themselves as indigestion.

Back pain. Usually, this is seen as a precursor of heart attack when it's accompanied by other symptoms. The only trouble is, many women will not experience the other accompanying symptoms and could therefore be sent home without receiving the proper care.

The most important thing to recognize about the female heart attack symptoms listed above is the obvious absence of chest pains. Herein lies the problem that has the potential of throwing pretty sizable road blocks into a person's path on the road to early heart attack prevention and treatment. Usually, if someone being seen by an emergency room physician doesn't complain of having chest pain, the probability and likelihood of heart attack is checked off the list. But there's a troubling statistic that's been discovered in recent studies that shows us that of 515 women who had a heart attack, a shocking 43 percent of them experienced no acute chest pain at all.

As always, it's critical for people act as their own advocates when it comes to receiving urgent medical care. If you are a female who is experiencing some of the symptoms above, exercise your voice and raise your own concerns about the possibility that you might be experiencing heart attack symptoms. If possible, insist on getting an EKG to ensure that there isn't something much more serious going on than a simple intestinal disorder. Doing so could be the very difference between life and death.