Is testosterone therapy the key to overcoming sexual vitality in men? 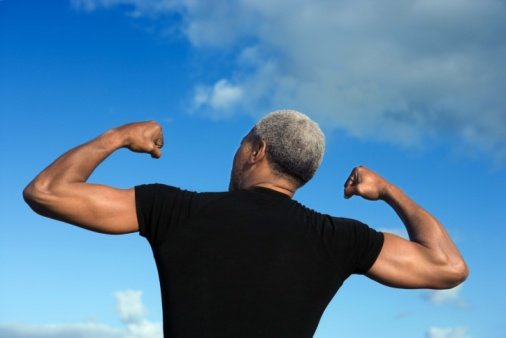 For men, the effects of aging can bring about a wide array of issues despite a healthy lifestyle. Some men start having trouble sleeping, others lose muscle and put on extra weight, and many experience depression or concentration issues, or have sexual side effects. Many men approaching this "aging potluck" get a taste of everything. With all these consequences of aging, often what bothers men the most is their decreasing sexual vitality. One likely reason for decreasing vitality for men is the lowering of their testosterone levels. As a result, many men look into male hormone therapy as a possible solution to their problem.

Typically, men's testosterone levels start to decline about 1 percent each year after age 30, so the thought of being able to replace that testosterone through testosterone therapy may seem like a trip to the fountain of youth. But it isn't always the answer. Other factors, such as medication side effects, thyroid problems, or depression can also effect men's vitality, so any deficiency in testosterone levels should be confirmed with a blood test.

For those men who suffer from hypogonadism, a condition where low levels of sex hormones are produced, male hormone therapy has been successful in increasing vitality for men. But those whose testosterone levels are already at healthy levels yield mixed results and carry additional health risks as well. A few of the possible risks include side effects such as sleep apnea, over production of red blood cells (which may cause heart problems), reduced sperm production, skin problems, and benign growths in the prostate. It is also possible that existing prostate cancer growths could grow more rapidly for those undergoing male hormone therapy.

With the risks involved, male hormone therapy is not going to be for every man, especially those who are merely experiencing the normal consequences of aging. However, it is up to each man and his doctor to decide the level of risk and whether they believe the potential benefits are worth the risks.

Once a man decides he wants to give testosterone replacement therapy a try, there are several different options, all which basically come down to receiving the additional testosterone through injections, surgical implants, or through topical or oral application.

Injection options can occur anywhere from weekly to every few months. For this option, testosterone goes directly into the bloodstream. There can be some pain at the injection site, and in rare cases abscesses may form. More frequent injections, every four weeks or less, can sometimes produce mood swings because of initial high levels of testosterone.

Implants involve placing small pellets of testosterone under the skin. This is a convenient option for many because redosing only needs to happen twice a year. Like injections, there can be some pain at the insertion site, but there can also be some scarring. With the slow absorption rates, mood swings are normally minimal.

For those men who prefer to avoid needles and surgery, male hormone therapy is also available topically through gels and patches. Both of these options are applied once per day, however there is a risk of skin irritation. In the case of gels, it's even possible to transfer some of the hormones to a partner or person who comes in contact with the application site.

Swallowing pill is also an option, but for long term use it usually isn't recommended. Men who choose this method may have to take several pills a day to stabilize testosterone levels. They will usually have to take the pills with a meal, and run the risk of liver damage.

Whatever method is chosen, male hormone therapy is not without controversy. Those who do not have a confirmed case of hypogonadism should weigh the decision very carefully. Increasing vitality for men is attractive, but like many things there's a potential trade off.