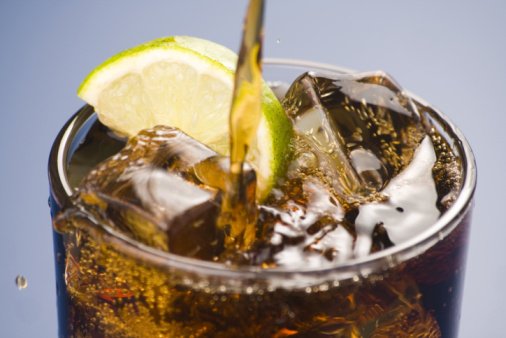 Ladies, you've probably heard this mantra for years, whether its' come from that inner voice that's always berating you for not weighing precisely what you weighed at age 16, or from various sources always reminding us of the importance of lowering our exposure to heart disease and diabetes: too many of those soft drinks will make you fat. But according to the American Heart Association, it'll also make you prone to a number of health issues by significantly raising your diabetic blood sugar levels .

Alas, you don't have to be a doctor to know that your diabetic blood sugar levels should be low, and that having them run too high in your system would set off bells and whistles if only you were naturally equipped with them. Apparently, though, you don't even have to be much of a soft drink enthusiast to be hit with the negative side effects of ingesting them on a regular basis. According to the American Heart Association, women who drink two or more sugar-enriched drinks a day are at higher risk of developing heart disease and diabetes than women who limit themselves to having one or less.

This doesn't mean that you're in the clear to switch from your favorite carbonated soda to an equally tasty beverage with a sporty logo on the side. According to the study, the drinks that were shown to have caused the most significant negative impact in women also included sugary sports drinks, which in many cases only appear to be better for you because they don't have the negative association that carbonated sodas have.

The way it works is this: sugary drinks can cause a spike in the level of triglycerides in the blood, which are basically fat particles. The more fat particles are present in the blood, the greater the chances of developing heart disease further down the line. Interestingly enough, researchers only found this to be the case in women. Men apparently did not experience a significant risk for heart disease or diabetes as a result of ingesting sugary drinks on a regular basis.

This last fact begs the question: are fat particles biased in favor of men? Hardly. But the fact is, women are built differently and therefore require far less calories in a given day than their male counterparts. So when a woman ingests two sugary beverages, the calories that are contained go much further and represent a larger percentage of their daily caloric intake.

Doctors are still a bit perplexed by the fact that the heightened risk for heart disease and diabetes associated with drinking too many sugary drinks seems to have little to do with weight gain. Even in cases where women drank sugary beverages but didn't gain any weight, the same heightened level of diabetic blood sugar levels was present -- leading to the conclusion that it's the way the female body metabolizes sugary drinks that really has the greatest potential for negative health effects.

It's entirely possible for senior ladies to enjoy sugary drinks and keep their diabetic blood sugar levels low -- the trick is to do so in moderation, and to balance out their intake of liquids with the original health drink: water.