Does 'the newsroom' have something to offer the sick room? 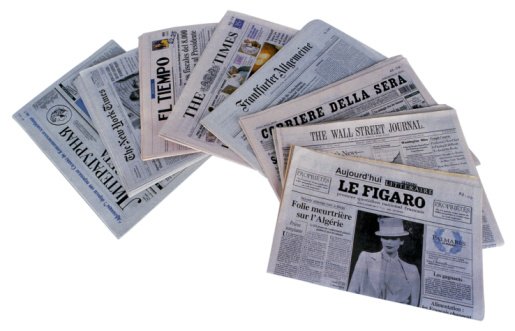 Aaron Sorkin isn't a doctor, but maybe the acclaimed writer has a prescription that could not only benefit rea- life newsrooms but users and providers of health care as well. In a word, it's a dose of optimism.

Sorkin told USA Today that his new show on HBO is "an optimistic take on television and the news business," a rare turnaround from the cynical news culture that's usually portrayed.

Many journalists and publishers would welcome a positive outlook in contrast to the discontent showing up in the many news operations struggling to find a better business model.

But media organizations aren't the only ones seeing their glass as half-empty.

Expectations are at record low levels among patients of a medical system that both doctors and patients say is broken. "News reports about medical errors and drug industry influence have increased patients' distrust," writes Tara Parker-Pope, writer for The New York Times' Well health blog.

While there are plenty of reasons given for the growing pessimism, there's an important case to be made for shifting one's focus and fostering an optimistic worldview.

A number of studies over the years have shown a correlation between optimism and better health. Optimism alone may not change a fundamentally-flawed health care system, but it can bring meaningful improvement to personal health.

It's easy to sell optimism — short if it's thought to be little more than a superficial, upbeat attitude in the face of difficult circumstances. What's below the surface — the very basic notions we hold of good and evil — is what ultimately shapes our expectations for better or for worse.

Whether we've been influenced philosophically, culturally, or theologically, we tend to have an overall view of life and human beings as some combination of good and bad elements, but with one or the other ultimately winning out in the end.

Fostering an optimistic outlook doesn't mean that we simply turn a blind eye to circumstances that appear hopeless. It does imply, however, that in such circumstances there's a greater likelihood for success if we honestly believe that a solution can be found, that a corrective action can be taken, that a relationship can be improved, that health can be restored. In other words, there's far more value in believing that good can triumph over evil.

It's no stretch to see how placebos and nocebos mirror the effect of optimism or pessimism on health. Convincing a patient that what is actually a dummy pill will have a positive impact on his or her health strengthens the belief in a good outcome, and the body responds favorably. A nocebo (a harmless substance believed to be harmful) has the opposite effect.

Which brings me back to what has shown to be a huge help in the sickroom. In my work as a mental practitioner helping people conquer various ailments, it's not uncommon to see rapid improvement follow a change of consciousness at that fundamental level where one comes to believe that either good or evil holds the winning hand. In my case, consistent with Christian tradition, it's the goodness of God's creation that shapes my views and expectations.

Optimism may not be a prescription for all that ails the health care system or today's media organizations. The issues are complex, systemic and for a lot of people very troubling. Our attitude toward them, however, shouldn't be dismissive or pessimistic. We begin to feel empowered and see solutions that we might not otherwise see when our focus shifts and our eyes are opened to all that is possible.