The next big decision on health care may be your own 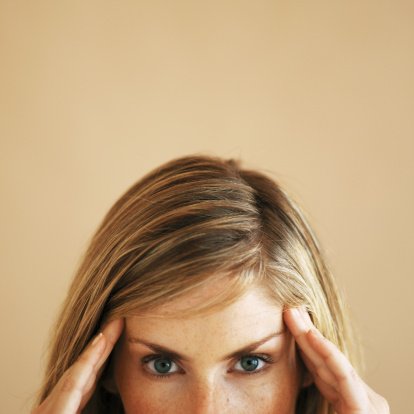 The next time someone asks you what you're thinking about, take them seriously. They may be looking after your health in an important way.

Consider the following fast-expanding bundle of facts. You're probably aware of most of them. None are particularly new or hard to find. It's just that not many people stumble upon them bundled together and then look to see if there's a larger lesson about health in what they suggest as a whole:

● Approximately 70 percent of medical students experience the symptoms of the diseases they are studying (known as "medical student's disease").

● Study after study has shown the physiological effect caused by a patient's belief — the expectation of improvement (placebo) or harm (nocebo) — in an inert substance.

● Similar symptoms appear in an individual when he or she sees or learns of the sickness of another, also known as psychogenic illness, or mass hysteria.

● Ruminating over the heavily-promoted expectation of danger (fear) can be hazardous to your health.

Before you get so worried about the implications that you want to stop thinking about anything related to your health, consider how ahead of the game you are by knowing the impact that your beliefs have on you.

The good news is that there's a flip side to this coin.

As a mental practitioner who helps people change their mental state from the consciousness of sickness to one of health, I've seen again and again how the removal of fear and fixation on the images of disease positively affects one's well-being.

Such a change of consciousness isn't a fantasy or a near-impossible feat. What often gets overlooked is that health is normal, and that it naturally accompanies a mind that is free of anxiety and the powerlessness we feel and mistake as fact if we're mesmerized by the thought of disease.

Some people find it hard to believe that they can live a healthy life to its fullest. Instead, they see the world in much the same way as some headlines suggest it is: increasingly dark, dangerous and restrictive.

Unaware of the influence that their deepest beliefs — good or bad — have on them, they harbor low expectations. They anticipate their lives will likely get worse before they get better. It's a pessimistic, self-fulfilling forecast rooted in the fundamental belief that we're mere mortals at the mercy of inevitable forces and uncontrollable conditions. It's a life out of control.

By contrast, when you see people's lives going in the other direction, improving physically and mentally as they take the reigns of control, you see what's possible with a different state of mind.

You don't have to be a health care specialist to see the wisdom of discerning the quality and quantity of what you admit into consciousness, not selling out to the negative thoughts and harmful images that cycle through our day, no matter where they come from.