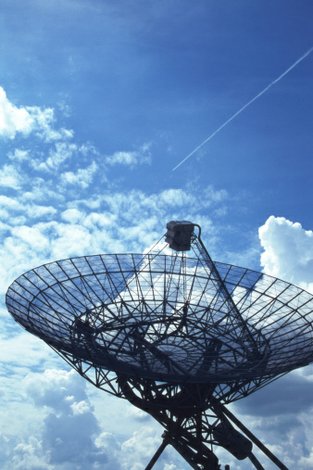 For the past few years I've been tracking media coverage of health care on just about every continent in the world, not only by reading hundreds of news stories on the subject but by speaking directly with the journalists who write such stories, from Africa to America to Australia.

Anyone who's been as immersed in the topic as I have can't help seeing trends. What I'm struck with is how much is changing in people's pursuit of health — and how much isn't.

What's clear is that we have two major health care movements operating today.

What I call movement one is comprised of people who are influenced less by tradition or the medical establishment and more by what they learn from their own research, from their peers, and from personal experience.

Movement one has the attitude that there are a wide range of health practices — from the natural to the spiritual — that contribute to a healthy life and that shouldn't be marginalized. Movement one is trending upward in popularity, while movement two focuses on technology and conventional medical treatments and is running into strong headwinds.

Movement two is the drug-based approach to health, which has been at the center of mainstream media health coverage for ages, while movement one is far less conspicuous but more commonplace than many of us realized.

That is until 1998, when news broke of a national study by Harvard Medical School researchers of Americans' health practices.

The survey was a jaw-dropper and showed the extent to which people were paying out-of-pocket for alternative approaches to health care — uninsured expenses to the tune of $13.7 billion. That's more than was spent in 1990 for all hospitalizations in the U.S.

Media reporting of the results wasn't so much a game changer as it was a historical perspective. It showed that the game had already changed.

Today, nearly 15 years after the landmark study, the undercurrents of change continue. The days are gone for having one fixed way to describe health care that everyone agrees with. The bigger picture is that health movement one is multifaceted and advanced by the public, and it's remaking movement two.

The tendency of the media is to label this pluralistic phenomenon as an alternative or wellness or mind-body movement, or to attribute it to a particular demographic or region. Certainly some or all of these labels apply.

Yet the defining feature of movement one may be that at its core it is a highly-individual pursuit of health, unrestricted by conventional attitudes or practices. People of all ages and backgrounds intuitively want to take greater responsibility for their care, and that's what they're doing — individually, collectively, and enthusiatically.

Fueled by a natural desire to live a healthy life, and often equipped with their iPads and smart phones, people have become savvy researchers, technicians, writers, readers, learners — and health care decision-makers.

They're not dismissing the expertise of conventional health practitioners, but rather are taking it upon themselves to ask questions and learn from personal experience in order to make informed and responsible decisions about their health.