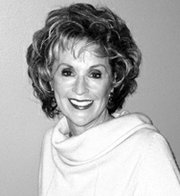 In October 2011, an article touting coconut oil as an effective treatment for Alzheimer’s disease came over the ‘net, and a television broadcast video followed in January 2012. I hope this claim is as true as can be. Alzheimer’s is the second most feared disease in this country and it ranks sixth in causes of death; it’s emotionally and financially devastating. I hope that one researcher has indeed discovered a medical breakthrough that so far others have not been able to uncover.

But let’s take a closer look at the coconut oil claim before we rush to the health food store. Dr. Mary Newport, the director of the neonatal (newborn) intensive care unit of a hospital in Florida, is the author of the study and, by the way, a book on the subject which although available on Amazon.com and at Barnes and Noble for $18.95, at this moment (February, 2012), is sold out.

Dr. Newport postulates that with Alzheimer’s disease, the brain’s cells have difficulty utilizing glucose, the “sugar” they need in order to work. She suggests that glucose can be replaced by ketones which are organic compounds, a rich dietary source of which is coconut oil. Naturally, it’s not quite that simple but I know I’ll lose readers if I start writing about medium chain triglycerides and carbohydrate metabolism, so let’s just leave the biochemistry lesson at this: the brain cells that can’t use glucose can use ketones and coconut oil is loaded with ketones.

For some time now, Dr. Newport has been supplementing her husband’s diet (He’s an Alzheimer’s patient) with coconut oil and she reports his memory has improved, he is more focused on tasks, and his ability to initiate and continue a conversation is noticeably better than before she began this regime. I certainly hope that’s true.

However, her reported success is not based on scientific research and clinical testing, but on the doctor’s own observations. The results are subjective, not objective, and subjective is not the stuff of science.

Because of the lack of supportive, structured studies of the kind that science honors, Dr. Newport’s findings were first announced through the media, not through peer-reviewed literature, the standard for “real” research findings. A peer-reviewed journal is one in which, before publication, each feature article has been examined by other scientists and researchers with credentials in the same field. Peer-reviewed journals do not publish observational, subjective findings.

Then there’s the issue of Dr. Newport’s having a financial interest in her observations. There is the book, remember, and no doubt talk shows to follow. Not that making money is a bad thing; it’s just that it muddies the waters of objectivity and detachment.

All of this doesn’t, in and of itself, dash the hope that coconut oil really does help with Alzheimer’s disease. But it does serve to emphasize how important it is to remain a skeptical, doubting, but open-minded consumer of health information. Not a cynic, mind you, but a good, healthy skeptic.

Gloria May is a registered nurse with a master’s degree in health education and a Certified Health Education Specialist designation.

This article appeared in the April 2012 issue of Northwest Prime Time, the Puget Sound region’s monthly publication celebrating life after 50.