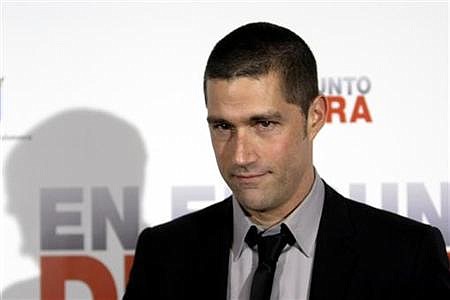 CLEVELAND (Reuters) - Prosecutors will not file assault charges against "Lost" actor Matthew Fox regarding an incident where he allegedly punched a female bus driver, a City of Cleveland spokesperson said on Saturday.

Fox was detained and handcuffed by Cleveland police about three weeks ago after witnesses told police he punched Heather Bormann, the driver of a private party bus, multiple times in the chest, stomach and groin.

Bormann, 29, brought an initial complaint against Fox on August 30, two days after the alleged attack.

Asked about the decision, her attorney, J. Norman Stark, said Bormann was not told directly by prosecutors that charges will not be pursued and instead found out from media reports.

"This was an unprovoked attack on a woman, with no provocation, by a man," Stark told Reuters. "According to Ohio law, that is assault."

Stark says he has pictures of injuries Bormann sustained from the incident and believes that Fox is receiving "preferential treatment because he is who he is - an actor."

Bormann, a single mother of three, filed a civil suit against Fox on Tuesday asking compensation for "aggravated felonious assault and battery and the infliction of intentional emotional distress."

Stark said he has not heard from Fox or anyone whom he could confirm is representing the actor.

"I hope this matter will be settled .... and she would like an apology," Stark said. "If he had just sent a dozen roses or something like that, this would have been all over."

Fox was not immediately available for comment on Saturday.