Get easy tests to be sure your kidneys are OK 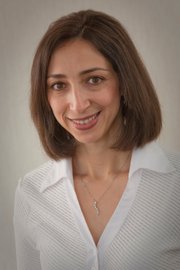 Did you know that once you hit age 40 your kidney function starts to decline?

For many people, this isn’t a problem and they’ll never feel the effect of chronic kidney disease. However, one in seven American adults gets kidney disease – and the chances of that happening increase as we age. Kidney disease is common and it’s harmful. But it’s also treatable – especially when it’s caught early. Unfortunately, most people don’t know they have the disease because it doesn’t have any symptoms until late in its progression.

To stay healthy and avoid kidney disease, individuals should take precautions. Those over age 60 should ask their doctors to perform some routine tests to screen for kidney disease.

If caught early, kidney disease can be treated. But if the kidneys fail, the only treatment is dialysis or a transplant.

Let’s talk about prevention. This can be done by controlling high blood pressure with a low-salt diet, exercise and medication. Diabetes should be treated. Also, those susceptible to kidney disease should avoid medications that are toxic to their kidneys. These include over-the-counter pain medications such as ibuprofen and Aleve, which could be toxic to the kidneys, even in small doses. Patients with a lot of pain, such as those suffering from arthritis, will have to work with their doctors and pharmacists to carefully balance all of their needs. If they need medication to control pain, they’ll want to make sure to take it in a dose that doesn’t harm their kidneys. Treat high cholesterol with diet, exercise and medication. And stop smoking.

Northwest Kidney Centers also recommends that those over age 60 get simple, routine tests for kidney disease. These include testing blood pressure, checking for protein in the urine, and measuring creatinine levels in the blood to calculate eGFr. eGFR (estimated Glomerular Filtration Rate) indicates how well the kidneys are doing their job; it is the most practical measurement available to most physicians to screen for kidney disease. To determine eGFR, a medical laboratory measures the creatine level in an individual’s blood and then relies on a computer analysis to come up with a number based on the individual’s age, race and gender. Most labs in King County automatically report eGFR once a physician orders a creatinine test. eGFR scores of less than 60 indicate the possibility of chronic kidney disease. At that point a physician would run additional tests.

Leanna B. Tyshler, MD, is Chronic Kidney Disease Medical Advisor with Northwest Kidney Centers. She can be reached at 206-292-2771 or tyshlerl@nwkidney.org.