Where to celebrate winter around the globe 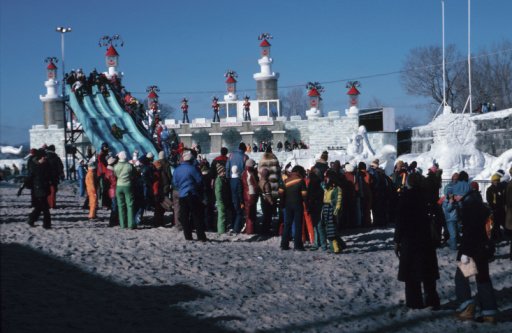 Are you the kind of traveler who likes to try something a little different, who is bored to tears by the idea of spending your winter vacation sitting in the sun reading a book? Instead of lolling by the beach, embrace the season by visiting one of these winter festivals around the world.

The people of Quebec, Canada don't let the snow and cold weather get them down. This provincial capital delights in its wintry landscape each February with the Carnaval de Quebec , a two-week celebration of snow, ice and winter sports. Everything about the festival is done on a grand scale -- a real ice palace to house the opening and closing ceremonies is even erected. Highlights include parades, a masquerade ball, an abundance of free food, dog-sled and other sports races (fun for the spectators as well as the participants) and appearances by Le Bonhomme, a large snowman who acts as the official ambassador for the event.

Of course, winter is not cold all over the world. In the southern hemisphere, December through March bring balmy weather. Brazil's celebration preceding the religious season of Lent is world famous. The coastal city of Rio de Janeiro hosts one of the world's oldest -- and most exotic -- winter festivals. The Carnaval celebration dates back more than 300 years, but this street party is anything but stodgy. The city explodes in color, music and dance with parades, samba competitions and concerts featuring a variety of musical genres.

Each February since 1950, Sapporo in northern Japan embraces its winter climate with the seven-day Sapporo Snow Festival . More than 2 million people from around the globe visit each year to revel in the fanciful ice sculptures, the hundreds of snow figures, a snow slide, ice skating and samples of food from all over the region. The festivities are centered around Odori Park and the grounds of the Community Dome Tsudome in the heart of the city.

The Fur Rendezvous in Anchorage

America's frontier spirit is alive and well in Alaska and the Fur Rendezvous , held in Anchorage for 10 days each February and March, celebrates this adventuresome spirit. The headline event of the festival is the World Championship Iditarod dog sled race, which draws competitors from as far away as Switzerland and Norway. Other Rendezvous happenings include an arts and crafts show, a fur bikini contest, a classic car show and plenty of hearty Alaskan comfort food.

The pre-Lenten celebration of Carnevale in Venice dates back to the days of the doges, the 17th and 18th centuries. This festival takes a more mysterious air from the one in Brazil, with elaborate masks (that pay homage to the days when Venetian citizens wore masks to deal anonymously with the government), a water parade along the Grande Canal and fierce competition for the best costume.

This season, don't just follow the crowd to the nearest beach. Strike out on your own and explore all the wonders that winter has to offer.